The lights were barely turned on this evening as my wife and I joined a small but eager group who arrived early to get a first look at the offerings for the 15th annual East Austin Studio Tour. The kick-off party, appropriately titled Due East, included the opening of the East Group Exhibition featuring one piece from each of the over 400 artists contributing to this year’s tour. It didn’t take long for the crowd to grow considering the terrific food sampling tables and the open bar, but the continuous draw was a row of shipping containers forming a midway for displaying art. And it didn’t take a moment to find artists making connections to faith and spirituality. 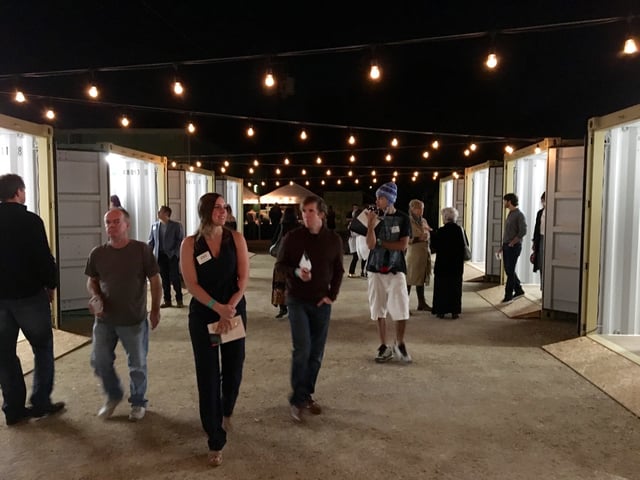 My sampling is by no means a thorough presentation. The Group Exhibition did its job, offering a tantalizing glimpse of the many presentations, studios, and installations that will be available over the next two weekends. The first item that caught my eye was by mixed media artist Yasmin Youssef. This collage is a classic rendition of the Buddha in the Mahayana tradition. The central image could have been produced during the artist’s many travels. She notes in her catalogue description that she seeks influences from different cultures for her compositions. 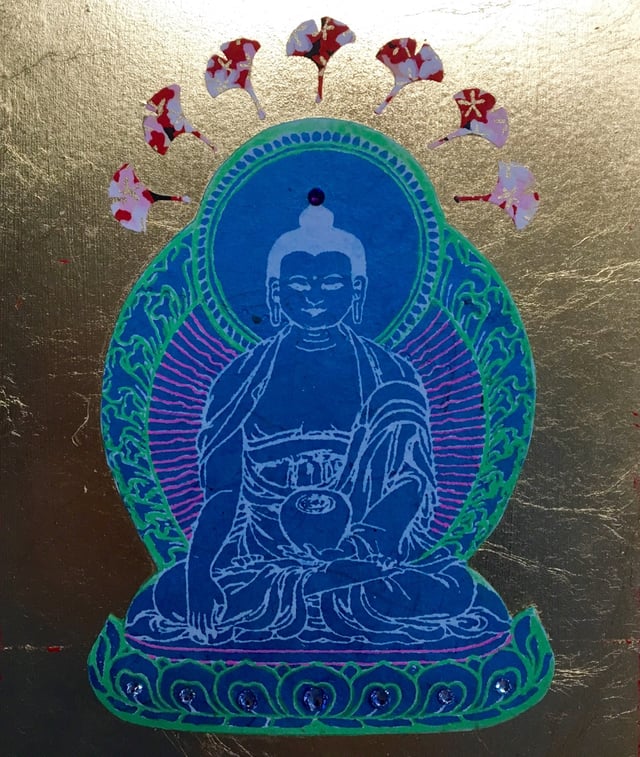 Another well-traveled artist was waiting nearby. I visited with Frederick Douglas Moore, aka 21/7, a remarkable young artist who, as he told me proudly, “was raised just down the street from here.” But Moore, who traveled as a youngster in Spain with his stepfather, became inspired by cathedrals. At the age of 14, he began carving these sacred edifaces and entire cities to surround them from the most available material - erasers. His inspirations also led him to begin a widely ranging spiritual journey, exploring many faiths and traditions. He now integrates sacred texts and symbols in his intricately organized pieces. And he’s developed his eraser cathedrals into a high art with entire cities made of sacred church-inspired forms. 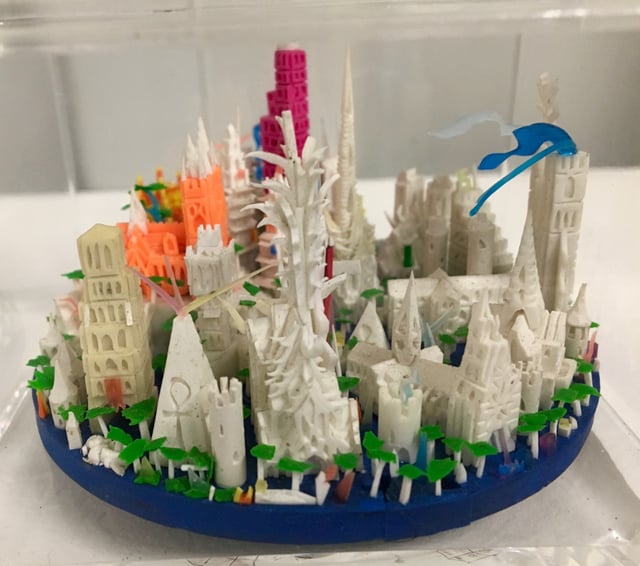 A few rooms down, I was drawn to a photograph of an architectural detail - the ribbing of a Gothic church ceiling. No surprise, this was from the collection of friend and colleague, Jason John Paul Haskins. He has been studying and photographing sacred architecture for many years, inspired by research for his architectural thesis. Jason works as a project manager and designer at the Bercy Chen Studio where his work and that of several other artists will be on display. 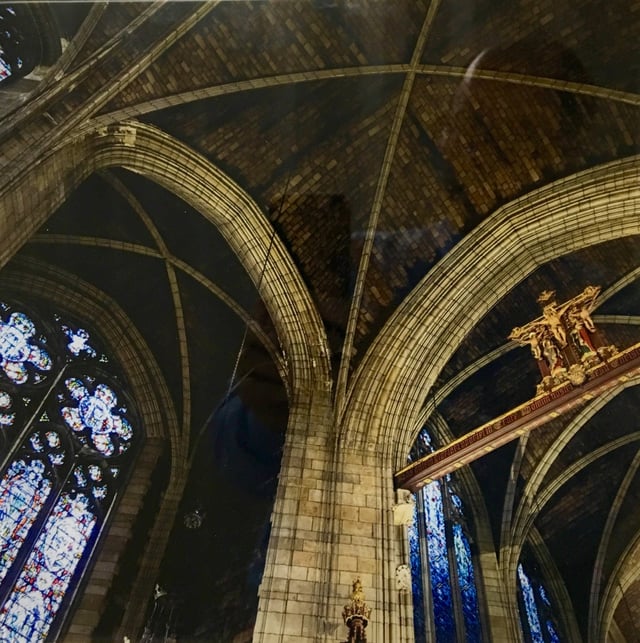 Yasmin Youssef will be displaying as a guest of the Cement Loop - 5811 Berkman Dr., Suite 140.