Hiding almost in plain site, a very successful church conversion in East Austin took some work to discover. From the intersection of Pleasant Valley and 12th Street, there’s no way to see this place. And don’t drive east on 12th street too fast or you’ll miss the driveway. But what once was an empty, neglected church as recently as 2012 is now a state of the art recording studio. 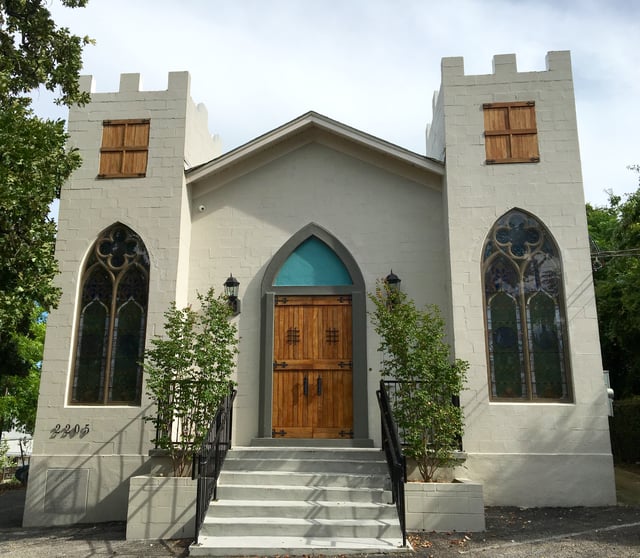 The conversion of the old 12th Street Baptist, according to an article in the Austin Business Journal, took a significant commitment from two friends of the Austin music scene. Paul Riekert, an emergency room physician, partnered with Kevin Szymanski, at the time a free lance audio professional to salvage the vacant church. They envisioned the space as an intimate recording studio that would rival the quality found in Nashville or New York. 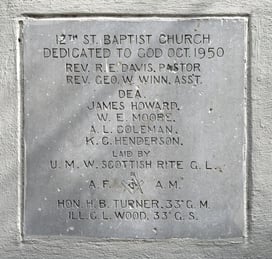 The 12th Street Sound studio shows the value of a very sensitive transformation. Approaching the new studios, the presence of the old church façade has actually been enhanced. The partners installed solid wood doors and wood panels replace vents in the old bell towers. The towers have been further enhanced with two period stained glass windows in place of the simple double hung windows of the original church. Since a recording studio needs to be acoustically isolated, the side windows were removed. This also was done very sensitively, with the addition of masonry infilling the existing openings. For all the changes, the church cornerstone remains; a fitting monument to the important history of this neighborhood structure.

The 12th Street Sound logo uses the church identity creatively. If the owners ever want to increase the visibility from the curb, this logo may go well on the front of the building, or even on a sign at the street. Though I did not see the interior, the 12th Street Sound website has some great images, as does the studio’s Facebook page.  The image below is from composer David Wingo who recorded his movie score with a 14-piece string ensemble in April this year. 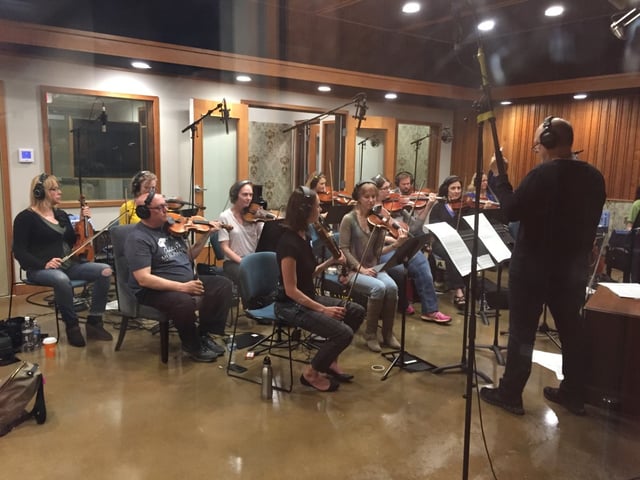 Thanks to my colleagues, Rev. Daryl Horton of Mt. Zion Baptist Church, and Kate Singleton, of Preservation Austin for alerting me to the location of this special facility.