Just off of the main street in Luling Texas, a church with rough stones and a simple pitched roof stands between the commercial buildings and a residential neighborhood. Seeing the historic marker in front of the main façade, I thought I’d stop to take a closer look. 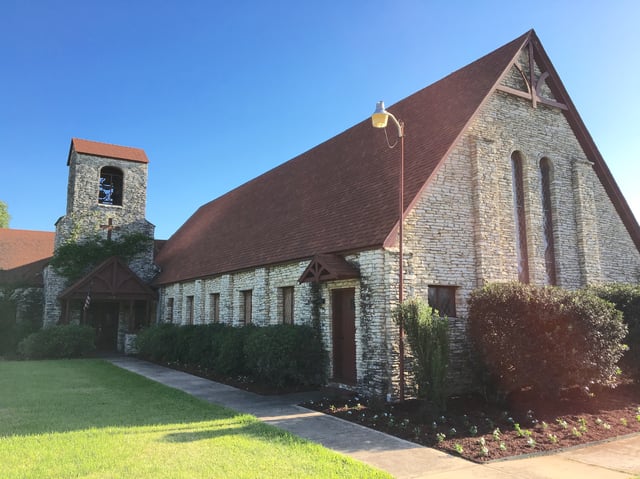 First Christian Church of Luling is an unassuming structure. There’s simple nave with old metal casement windows along each side. The end façade facing the street is a bit unusual with two large buttresses. Normally, a buttress of this form is used to brace side walls, so these must have been applied simply as decoration. The two arched windows between the buttresses also seem out of place next to the other squared window openings.

It’s the tower and the entry door that get really interesting. The architect framed an entry porch in front of the tower patterned after the traditional English lychgate. The lychgate is usually placed at the entry of the church yard. The pitched roof stands over a gateway structure that is deep enough to provide shelter or to have benches. I suppose the lychgate served a practical purpose. People could stand under them while waiting for a carriage or wagon to pick them up. 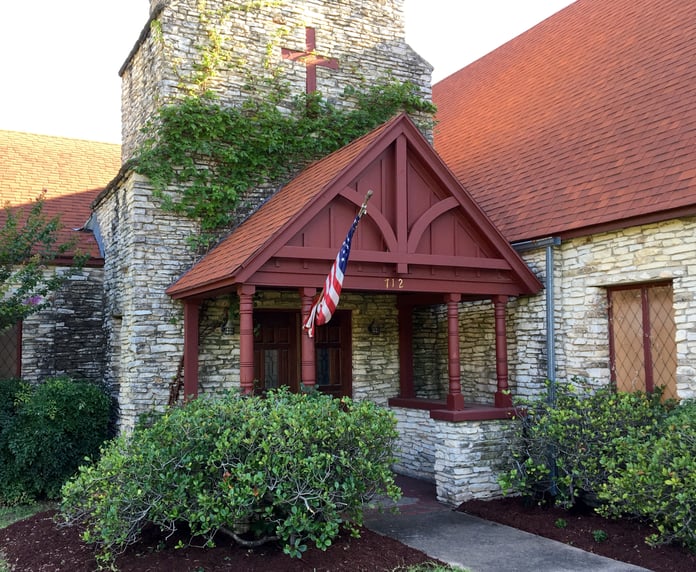 So it is entirely appropriate that this form is associated with the entry, even if it is placed directly over the entry door. What seems unusual is the rest of the composition. The church is designed with some simple barge boards over the main gable and the side doors, but the rest of the church is pretty sever in its simple, undecorated architecture. 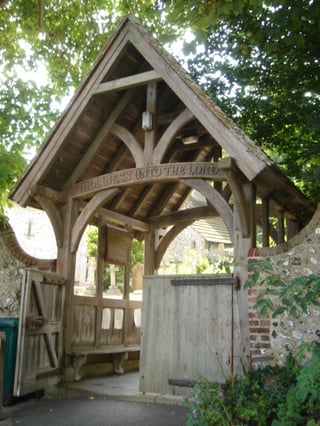 The historic marker and dedication stone offer what perhaps is the answer. The dedication notes the architect was H. Dan Morgan and the church dedicated in 1947. Several newspapers in the 1950’s have articles about Rev. Dan Morgan who was a church designer and a pastor. The historic marker notes that the original church was burned and a new one erected in 1979. From the look of the nave windows, the framing and stonework, I’d say the old church must have been damaged in a fire, but much of the old structure was salvaged or reused for the rebuilt church.

This also may explain the end gable. The odd buttress and window arrangement could be from the 1979 work. The lychgate also looks to be of new construction, but it could be a recreation of an original design, perhaps one destroyed in the fire. Mid century modern designers were mixing old and new elements, but I suspect if there was a lychgate entry originally, it would have been an adapted or stylized version. By the 1970’s, recreating or reusing classical design elements was more common. The idea of reproducing the original form of a lych gate probably came during the later construction. 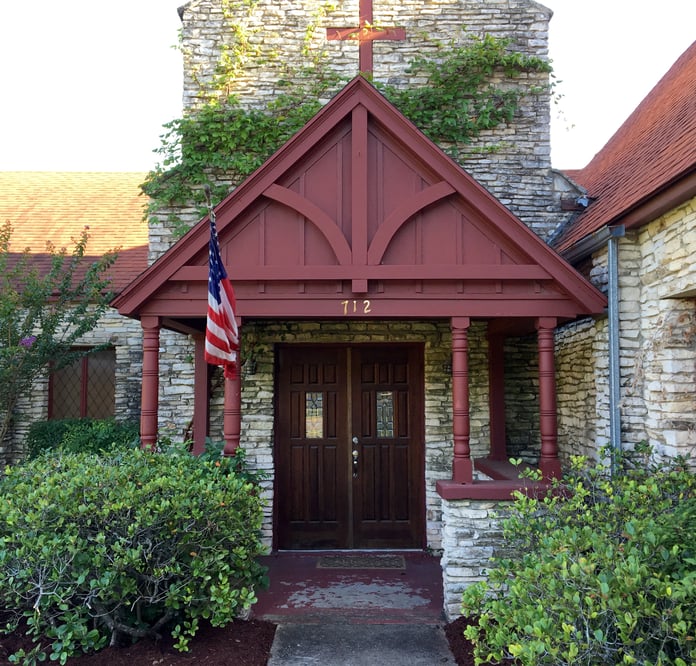 The Jacksboro Gazette-News archive has a 1971 article about an upcoming exhibit of sketches of pioneer buildings by Rev. H. Dan Morgan. It also says he and his wife were about to depart for a tour of Europe as a gift from friends and parishioners. The author speculates that Rev. Morgan will continue sketching during the tour. I’d love believe that English lychgates gave Dan Morgan new ideas for his old church, assuming he helped to rebuild it in 1979.