14th Street north of the Capitol is at the edge of a neighborhood with many Ethiopian émigrés. This mural has become a neighborhood landmark with big, bold images relevant to the Ethiopian Church. The images and features, though weathered and peeling, still command attention as a celebration of an ancient faith. 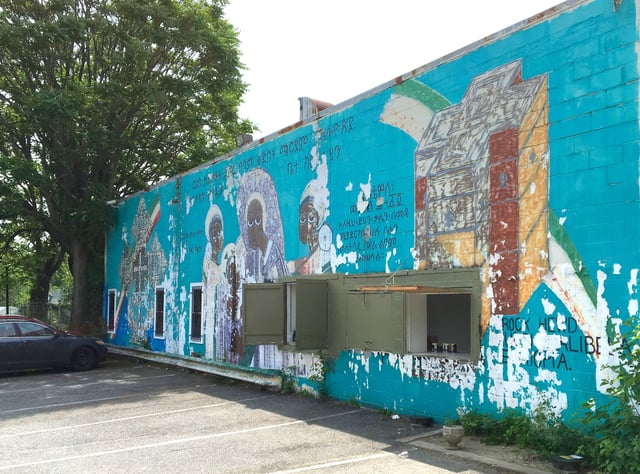 The mural covers the entire the side wall of a plain commercial building with three major motifs. The Ethiopian cross on the far left is a loving rendition of the traditional cross used in ceremonies and processions. The center image is of Mother Mary and her son Jesus flanked by two angels. The stylized features, especially the eyes, draw attention to the mother and child at the center. The embrace of Mary and Jesus is shown in the rendition of oversized hands at the base of the mural. The third image is a diagram of blocks stacked up to form a Greek cross. Though of the three, this is the roughest rendition, it does appear to be a representation of one of the ancient carved churches in Ethiopia. 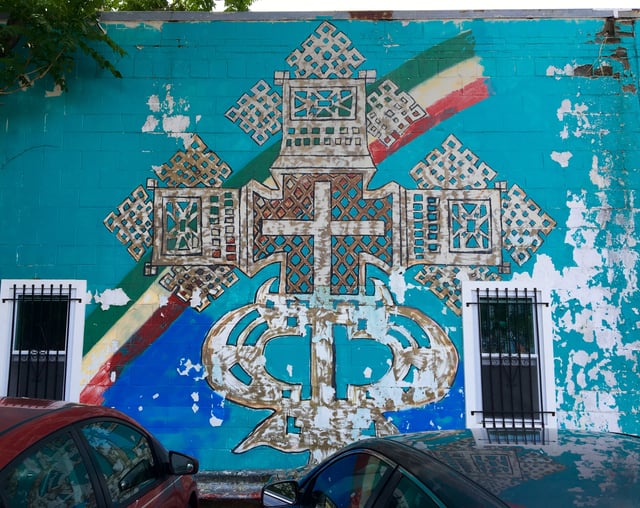 The building was purchased by a growing church for extra space and parking in 1998. The Debre Selam Kidist Mariam Church was established in the 1980’s to serve the Ethiopian community. According to the church’s website, in 2001 it was designated a cathedral and the term Re'ese Adbarat was added to its name. 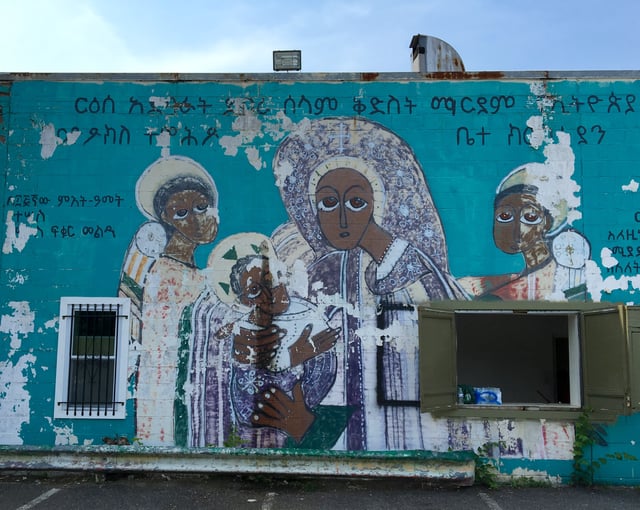 It’s not clear when the mural was painted, but it must date from shortly after the property acquisition. The church notes that the purchase also was intended for future development, so the aging mural may not be fixed or repainted, at least not in this location. 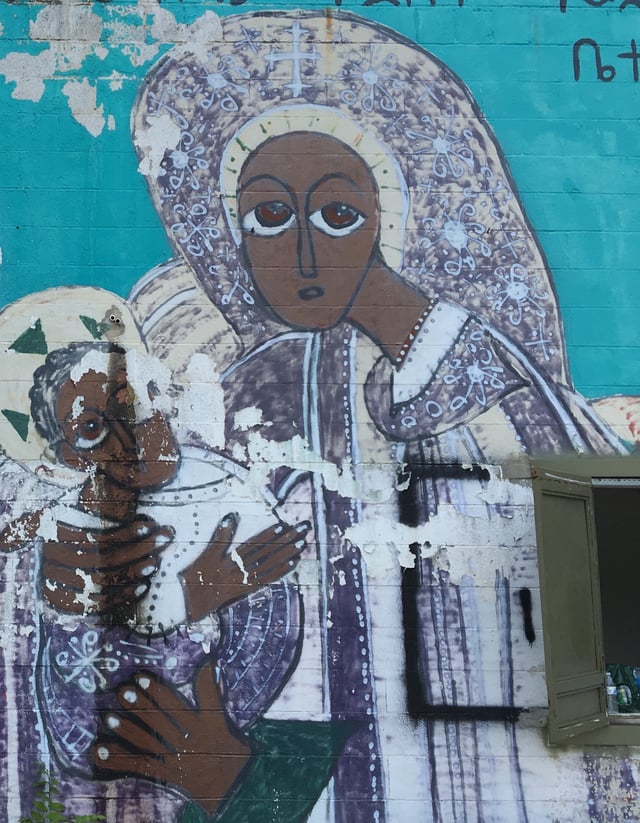