Sometime in the early hours Saturday morning, a fire started in the only mosque in Victoria, Texas. A clerk from a nearby convenience store noticed the flames and called the fire department. By the time they arrived, shortly after 2 a.m., the building was already engulfed in flames. As dawn approached, the flames were extinguished, but the mosque was completely destroyed. 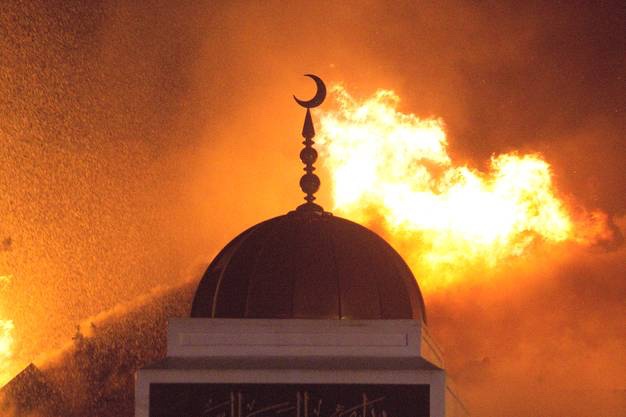 The cause for the fire is now under investigation. The Fire Chief isn’t speculating about the cause and cautioned that, even with the help of state and federal authorities, the investigation will take time. Meanwhile, the local community has rallied in support of the congregation. And the international attention has already generated a significant number of donations for rebuilding.  Local Victoria resident, Omar Rachid's Go Fund Me site has also posted some wonderful updates as the congregation and community gathered on the site to show solidarity. 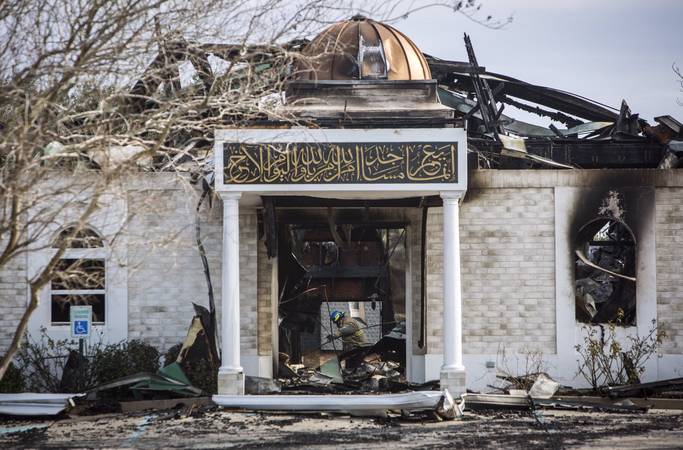 The Islamic Center's distincitve doorway showing the extent of the destruction.  Victoria Advocate

I heard the news on Saturday afternoon and I realized I’d been to the mosque recently. In fact, I stopped by briefly last year with the idea of scheduling some time to feature the building on my blog. We’ve been working with several congregations in the Victoria area so I wasn’t surprised by the outpouring of support by local civic and religious leaders. I have no doubt the congregation will be rebuilding with lots of support from their neighbors. So this is my chance to finally focus on the Victoria Islamic Center. It occurs to me that this is just at the beginning. The interesting story will be to follow the Center’s rebirth in the months ahead.