In Midtown Manhattan, on May 1, just a few hours after Easter Sunday celebrations wrapped up at St. Sava Serbian Orthodox Cathedral, the unthinkable occurred. A fire broke out and quickly spread and engulfed the entire building. Fortunately, no one was inside at the time and no one was seriously injured. It is assumed that the fire was started accidently, perhaps from candles not fully extinguished after the services. 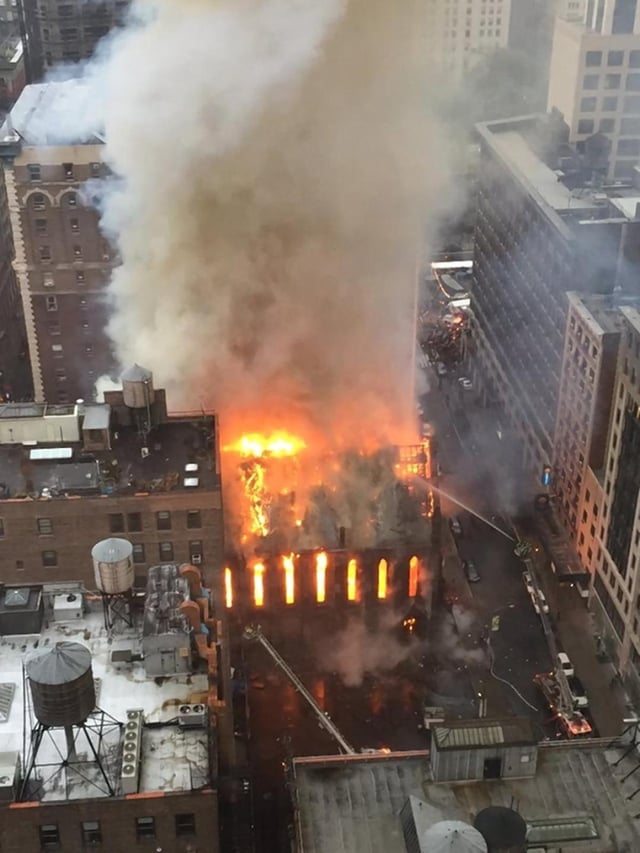 The building was a designated New York landmark. Originally built as Trinity Chapel, it was designed by Richard Upjohn and dedicated in 1855. The church was purchased from the Episcopal Diocese by the Serbian Orthodox Church and consecrated in 1944 as the first permanent facility for the Serbian Church on the East Coast.

The fire raged for several hours and gutted the old building. The historic stained glass windows and lavish interiors were completely destroyed. In the aftermath, only the stone walls and charred rafters remained. Church leaders vowed to rebuild and restore their beloved cathedral.

Initial reports, however, suggested the old structure was so compromised that the City would require its complete demolition. Speculation about the church’s direction was noted on at least one blog this summer. The City could un-designate the historic landmark status, in which case the church could rebuild as it chose. Prior to the fire, the congregation had been in negotiations with a developer for air rights to build luxury residences. Hopes for the historic church to rise up from the ashes were slim. 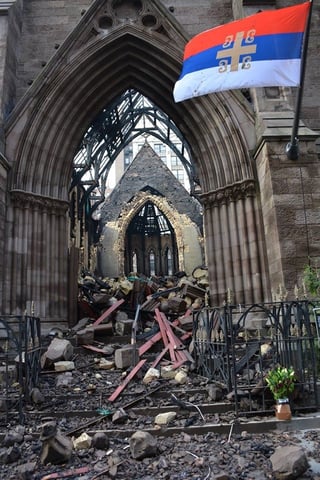 A report this week suggests the long odds are getting better. According to the culture blog, Spoild NYC, the church has been meeting with City officials and plans are to begin bracing and waterproofing the walls in preparation for the rebuilding program. The church’s websiteoffers a link to donate funds to the program. Our prayers are with them and wish them our very best! 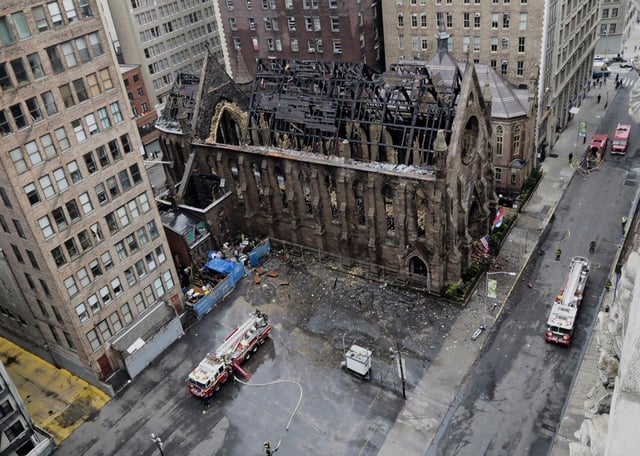