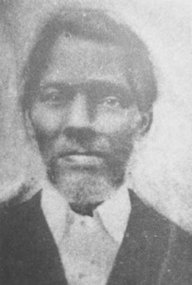 The historic marker in front of the First Baptist Church in East Austin mentions its founding pastor by name - twice. For all his accomplishments, Rev. Jacob Fontaine could have many plaques just to note his place in the history of Austin. But because he was born a slave and was prominent in the mostly segregated black community, many Austin residents have never heard of him.

The Texas State Historical Association has a great overview of Rev. Fontaine’s amazing life and career. Among his accomplishments was the founding of Austin’s first black-owned newspaper, the Gold Dollar. He ran a grocery, a laundry, a bookstore, and a pharmacy. In the 1870’s and 80’s, he actively campaigned for the establishment of the University of Texas in Austin, even though it would be many years before African Americans would be admitted to the institution.

But certainly Rev. Fontaine’s most lasting impact was on the faith communities of Austin. While still a slave, he was a sexton at St. David’s Episcopal Church. At the same time, he served as a preacher for a black assembly that met in the basement of the old Methodist Church. In 1867, after emancipation, he was instrumental in forming the First (Colored) Baptist Church, the oldest black congregation in Austin, and served as its first pastor. 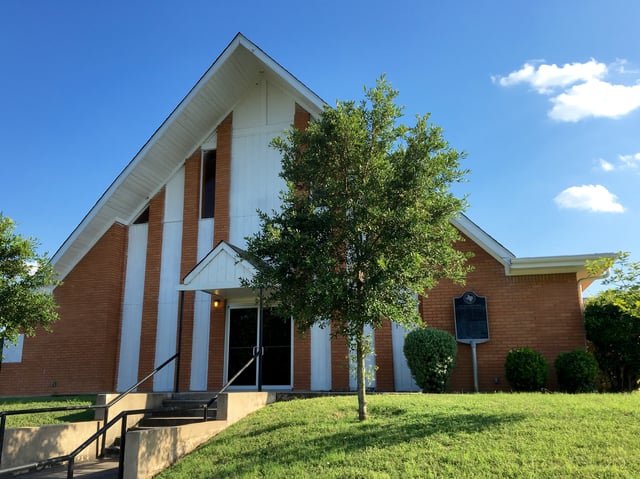 Rev. Fontaine went on to found five more churches, Mount Zion in 1873; Good Hope, Round Rock in 1874; Sweet Home, Clarksville in 1877; New Hope in 1887; and St. Stephen’s in 1887. Perhaps because of his close association with so many important churches, he also was instrumental in founding the St. John Baptist Association, which continues to serve and support many African American congregations to this day.

The original First Baptist at Ninth and Guadalupe is long gone. The congregation has been in their present modern church on Heflin Lane since 1966. There’s a built in bell on sign at the street. I wonder whether this is an artifact from Rev. Fontaine’s original church. I can imagine his proud hands ringing that bell today in celebration for a legacy that lives on. 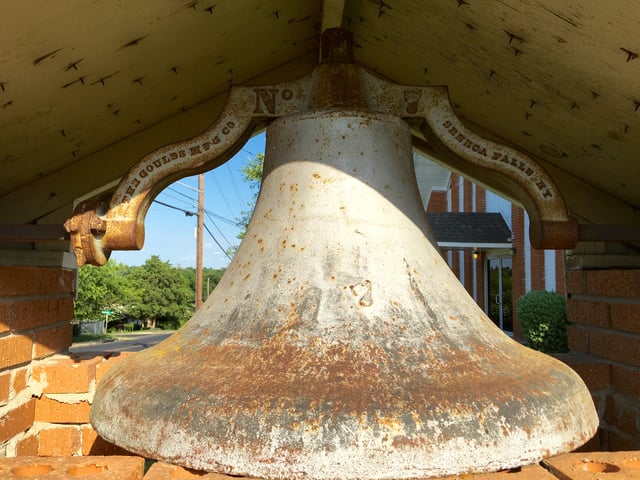