There may be some connection between the origin of a group and the way they present themselves in later years. That seems a logical explanation for the delightful church near the center of Smithville. More than a century after its design, this building continues to be one of the more dramatic structures in the area. So it was no surprise to learn this congregation met in the local Opera House in its formative years. 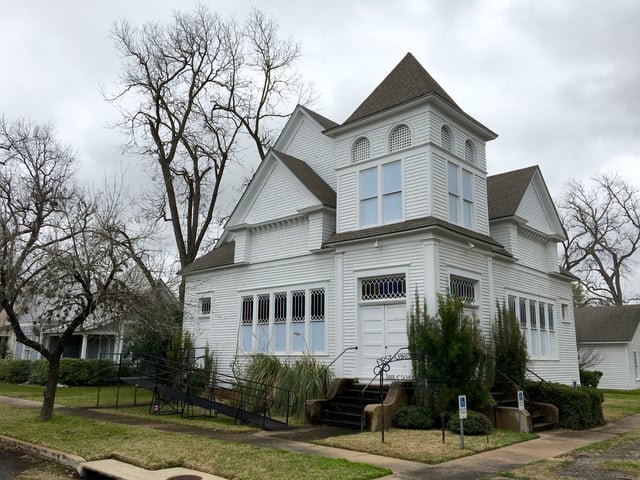 The wood-frame structure would be a distinctive profile in any era. The corner tower has two doors leading to an entry vestibule. Banks of tall windows filter light into the central meeting space. A delicate pattern of colored glass forms the transom windows above the entry doors and the upper sashes of the windows on both facades. Reflecting popular tastes, the overall form and some key details illustrate what became knows as the Single Style. Note that both the upper bell tower and the two massive dormers are clad with wood shingles.

Built in 1903, builders were two brothers, Chester H. Turney and Major M. Turney. Chester was a congregation member and his brother was active member of the Presbyterian church. The building was one of the first public buildings to have electric lighting. Large electric ceiling fans were a big feature in the early days, not only in the auditorium, but also in the Sunday School rooms. Oddly, there apparently is no record of the bell tower ever actually housing a bell. 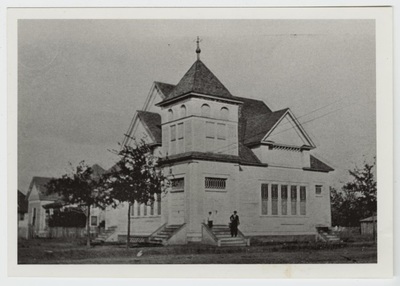 Few changes have been made to the original structure. In the 1930’s wooden steps were replaced by concrete. After several replaced wood shingle roofs, the current asphalt shingles were installed.  A long metal ramp is a late addition for handicap access.  This well-preserved landmark represents a remarkable link to Smithville’s roots as a railroad town, so I was surprised there was no mention of it on the church’s website. 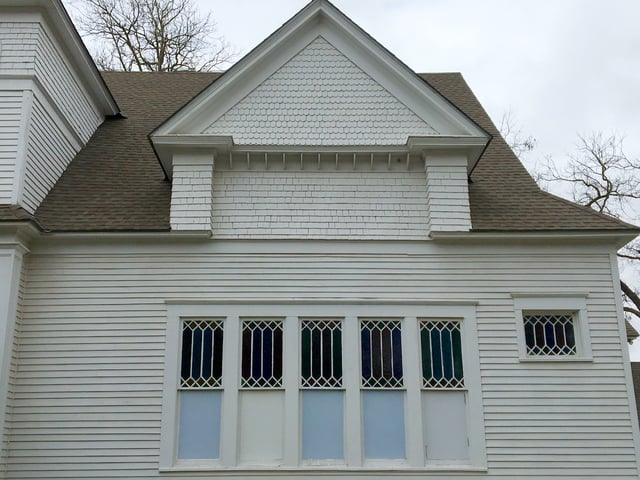 The congregation’s website does offer many inviting activities. A thoughtful blog, presumably by Pastor David Huegel, published reflections for every day of Advent. The website does have some very nice photographs that shows a pride in their past, but I actually found considerable information about the church’s history on the Texas Historic Commission’s site. 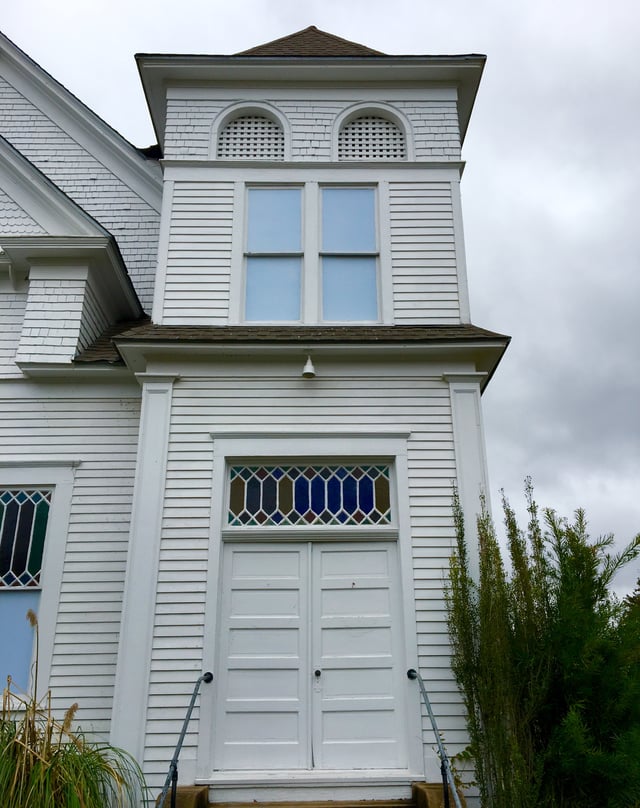