Of all the uses for former churches I’ve seen, this one is a first. A boxing match was held two years running in the former St. Mary’s Church in the Germantown neighborhood of Pittsburgh.   The Grand Hall at the Priory is actually an expansion of a very successful boutique hotel that began in a converted monastery. After establishing the hotel, the owners purchased the adjacent church to create a multiuse event center. 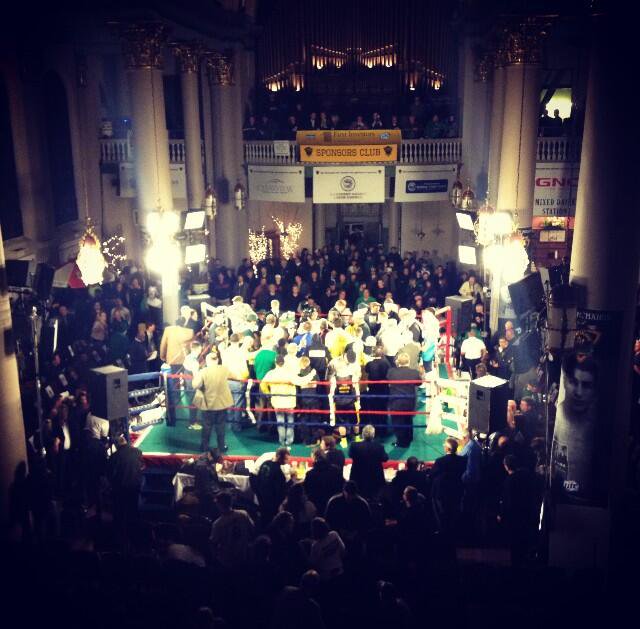 The old nave has been fully restored and features a soaring space 80 feet high with massive Corinthian columns, barrel vaults and a central dome. Together with the Priory Hotel, the facility has become an anchor of the redevelopment of the Pittsburg North Side. 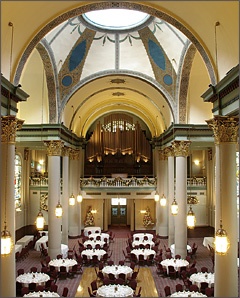 The Priory blog documents a wide range of activities, though wedding receptions are clearly a big draw. The boxing event was a special international gathering. The Pittsburg Donnybrook featured bouts between Pittsburg amateur boxers and competitors from the Drimnagh Boxing Club in Dublin, Ireland. The second event in 2015 was a sellout, though Ireland won. 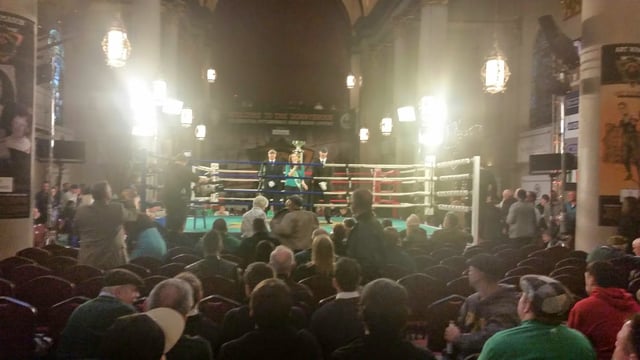