I’ve only recently begun recognizing this street artist’s work. There’s a series of distorted skulls and masked faces that have been spotted in various places in East Austin. But I started to take notice once these pieces included a name - Good Luck Buddha. And in the past few weeks, I’ve seen several actual Buddhas in various locations. It is time to stop and take notice. 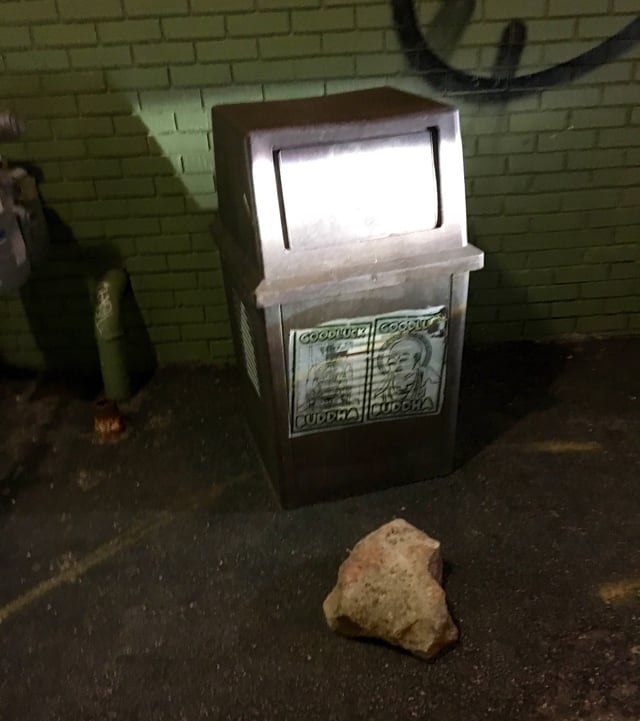 This artist hasn’t left much of a trail. Good Luck Buddha has a twitter site, started in 2009 but has only 9 tweets posted. I do like the one posted on April 18, 2013: "Instead of complaining that the rose bush is full of thorns, be happy the thorn bush has roses." Good Luck Buddha also has an impish side. There are two versions of a Good Luck Buddha logo, depicting a seated Buddha with the face of a cartoon character. One features Homer Simpson. The other, the face of Peter Griffin. 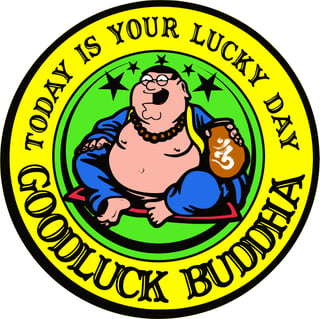 From my perspective, the artists association with the Buddha is more that a punch line. The several pieces with traditional Buddhist imagery are engaging. The Buddha’s face is rendered with a strong line, but still expressing sensitivity. Another series offers encouragement.   “Today’s your lucky day.”

There’s not much more I could find about Good Luck Buddha, but the artist’s stickers are available for purchase on the BigCartel website . And one package includes two bonus pins. One with Homer Buddha, the other with Peter Griffin Buddha.   And why not?   Today’s your luck day!