Hiroshima Shrine Is A Memorial for Peace

Many have noted that today’s visit by President Obama to Hiroshima marked the first visit ever by an American President while in office. I was interested in the location. The shrine established near ground zero, the impact site when the bomb was dropped nearly 70 years ago. 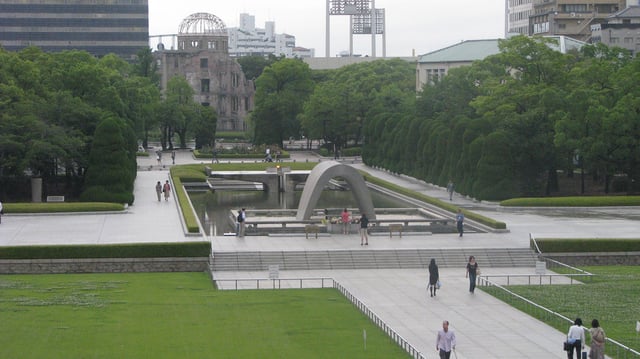 The site is in the center of the city. In fact, it’s on the site of what once was the commercial and governmental center of the city, the primary target. Rather than rebuild, the decision was made early in the aftermath to leave the location open, as a memorial to the victims. One of the few structures that remained standing had been the Prefectural Industrial Promotion Hall. The decision was made to keep the shell of the building and the dome just as they appeared right after the bomb was dropped.

Near the center is the cenotaph, a concrete parabolic arc that covers an eternal flame. That’s also where the names of those killed in bombing, or who died of their injuries are permanently stored in a stone chest. The total is over 220,000. 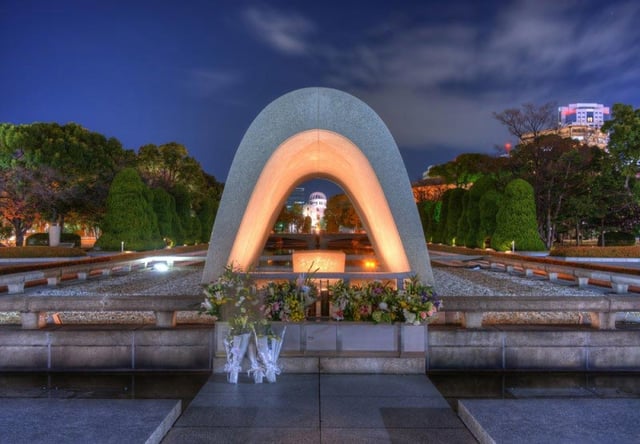 Rather than focus just on the bombing, the memorial is a Peace Park, to remember all victims of war. President Obama’s remarks struck a chord with the residents of Hiroshima. This memorial is about the horrors of all war, it’s focus is on peace, peace for all peoples and societies. His speech today may well become a lasting commentary on the shrine and its eternal importance. The New York Times published the text of the entire speech. Here are two quotes that reference the location: 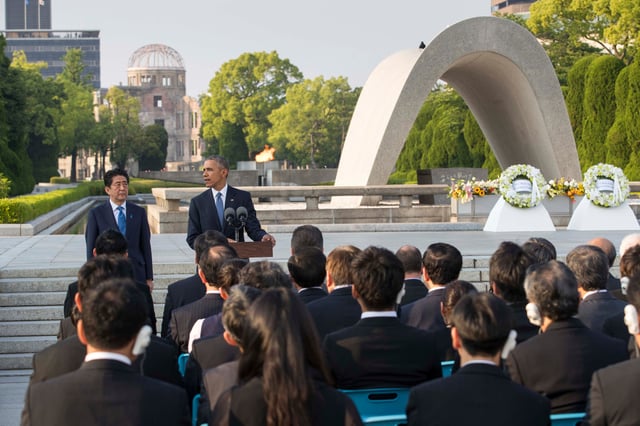 “……That is why we come to Hiroshima. So that we might think of people we love. The first smile from our children in the morning. The gentle touch from a spouse over the kitchen table. The comforting embrace of a parent. We can think of those things and know that those same precious moments took place here, 71 years ago.”