This beautiful edifice on West Pine Street in West, Texas is worth noting. The wooden ornamental construction includes delightful variations on the tradition of what we now call carpenter gothic architecture. The original congregation was founded in 1875 as the Cumberland Presbyterian Church. By 1883 they constructed their first church on this site. In 1901, as times changed and the congregation grew, that building was replaced by the current structure. Over many decades and many mergers, the same congregation is now the First United Church of West. 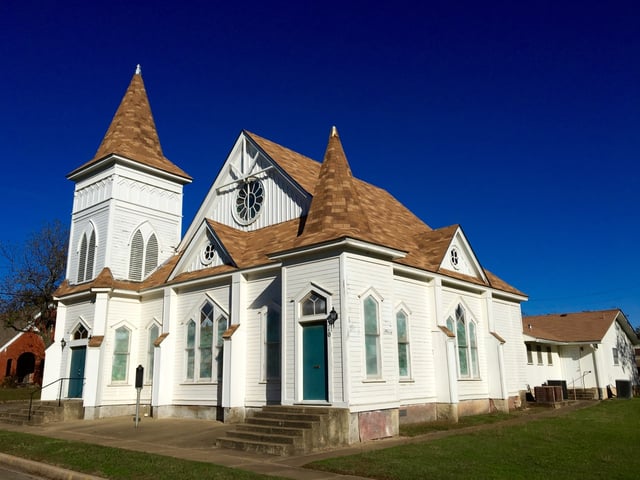 According to the Texas Historical Commission’s marker, the first change came in 1911 when Czech settlers formed their own group to hold worship in their native language. The result was two congregations using the same building with separate services. As Cumberland Presbyterians joined the Presbyterian Church USA, the congregation joined as well in 1921. By 1953, the Czech congregation united with their fellow Presbyterians. By 1966, the church merged with St. Peter’s United Church of Christ to form First United Church. 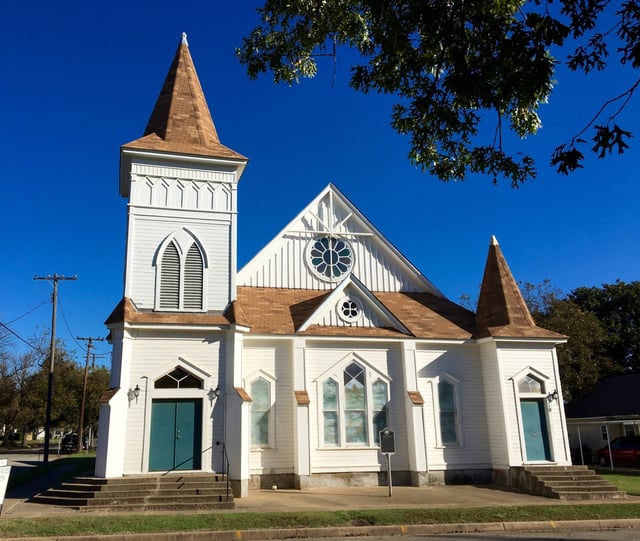 This legacy of compatibility with kindred worshipping groups has continued to current times. According to the United Church of Christ’s website, in the aftermath of the tragic fertilizer plant explosion, First United Church opened its doors to another church whose building was severely damaged. The local Brethren Church was invited to join the congregation in their regular service until their own church could be repaired. The two congregations alternated between the two worship traditions each Sunday. The article quotes the First United Church council chair, Irene Schiemenz, “God it still speaking as these two congregations worship together.” And why not? It’s part of this church’s history. 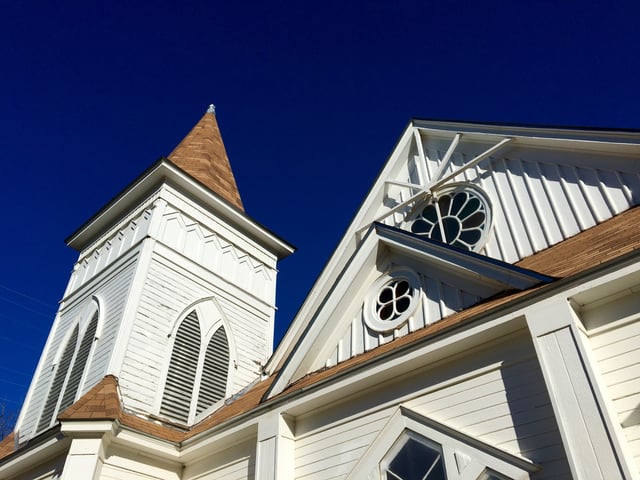