Just up the hill from the steady traffic on Rosewood Avenue, Mount Calvary Missionary Baptist Church anchors a quiet residential street. The church’s neighbors are an equal mix of old and new houses, a pattern typical of many redeveloped blocks in East Austin. 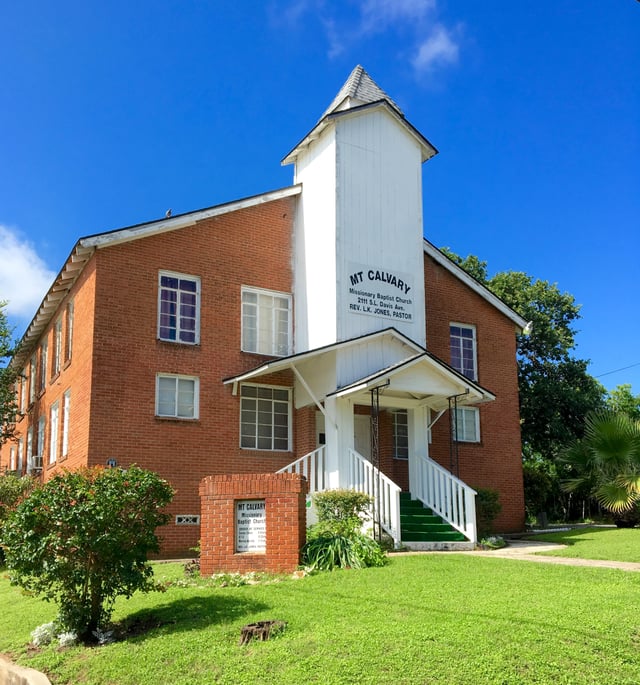 Unlike the recently demolished church structure that once housed Mt Sinai Baptist Church, the Mount Calvary structure is a designated City of Austin historic landmark. The documentation for the church’s historic application in 2008 shows the church, in its early years, went through some very interesting changes.

The first church structure was built in 1940. It was a wood frame structure facing Coleto street and the main entry doors were framed by a slender tower. In 1950, the growing church built its new sanctuary right next to the original building. It was heralded as the first black church in Austin with brick construction. The old church became a support space and was also given a new brick face. 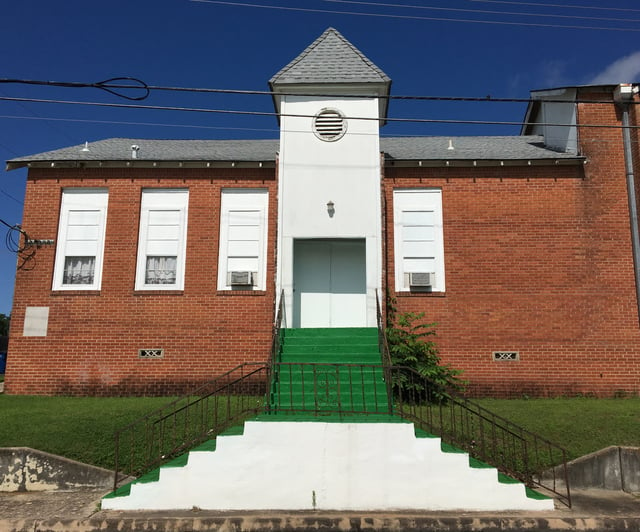 The front façade of the new church also went through changes. Originally, two towers flanked the entry door. At some point, these were removed, and one, central tower was constructed. It’s interesting to see that the new tower resembles the original tower. 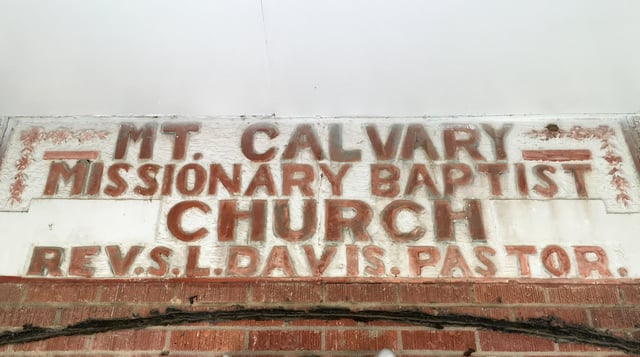 Mount Calvary’s historic designation won’t guarantee its preservation. It does mean that anyone considering changes, or modifications, or even demolition must first get permission from the City’s Historic Landmark Commission. The extra review and scrutiny along with the significant collection of the church’s history should help the church continue to be a landmark for many years to come. 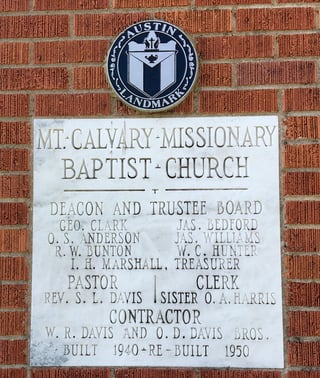