A Christian, a Hindu, a Muslim, a Buddhist, and an Alevite all went to their place of worship -- and it was the same place! That means they were in Bern, Switzerland where an inspired idea that began over 15 years ago has blossomed into a vibrant institution. The House of Religions is a mixed-use facility constructed jointly by faith groups that share a heritage in the local community. In addition to the five religions with established worship areas in the complex, active participation also comes from Jewish, Baha’I, and Sikh communities. 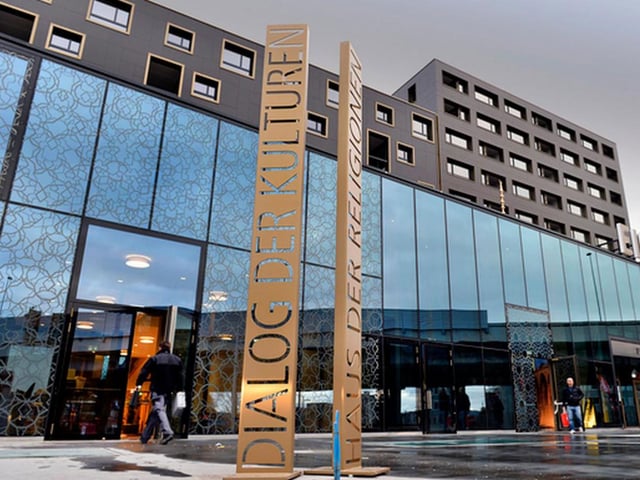 A profile in the Independent in 2015 notes the success of the operation in bringing together diverse cultural and spiritual traditions in a spirit of unity and mutual support. The design connects the five worship spaces to a central common area on the ground floor. A regular restaurant serves vegetarian food to diners and allows for a variety of special events. Non-religious activities, including a regular yoga class and a range of movie screenings attract many to the space as a cultural center and a place for meaningful exchange.

The House of Religions dedicates the new Hindu Temple

The genesis for the House of Religions began with a Jewish theologian and television host who teamed up with a Moravian pastor with the goal of finding ways to bring people of faith closer together. Early conversations with an imam and a rabbi surfaced the utopian idea of a place where religions would coexist and support each other. These lofty ideals took root in Bern to serve a community of growing cultural and religious diversity. And how were the five religions with houses of worship chosen? Quite simply, they were the groups that were at the time, most in need of a permanent home. 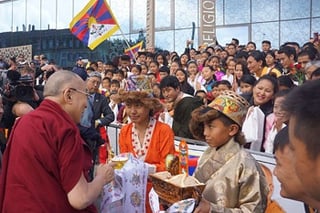