On the outside wall of a convenience store on Cesar Chavez Street in East Austin, two iconic saintly figures reflect on their surroundings, literally. A mosaic rendered from pieces of broken mirror forms the huge face of Mahatma Gandhi. Around the corner, a similarly rendered mosaic forms the image of Our Lady of Guadalupe. Both these figures are strongly associated with national and spiritual aspirations, but I can’t say I’ve ever seen them together. There’s a good reason they’ve been placed here, though it may say more about with trends in East Austin than trends in modern theology. 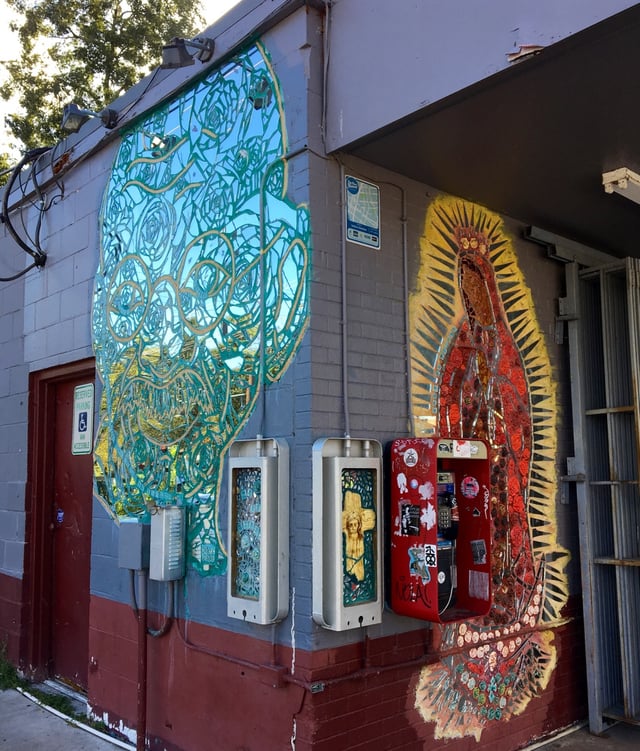 Gandhi is admired if not outright revered in India and globally for his promotion of social change through non-violence. Our Lady of Guadalupe’s image is associated with peace and protection for indigenous peoples and is a source of great cultural pride for Mexican Americans. So it’s not completely out of the realm of possibility that these two personages could be related in some way. One could imagine a budding peace movement in Mexico, perhaps in response to the horrific violence in some areas of the country. One could imagine a missionary movement using the Guadalupe image to speak to the spiritual life of indigenous peoples in remote parts of India. But as far as I know, neither of these movements exist. In fact, there’s another, very Austin reason that Gandhi and Our Lady have become soulmates. 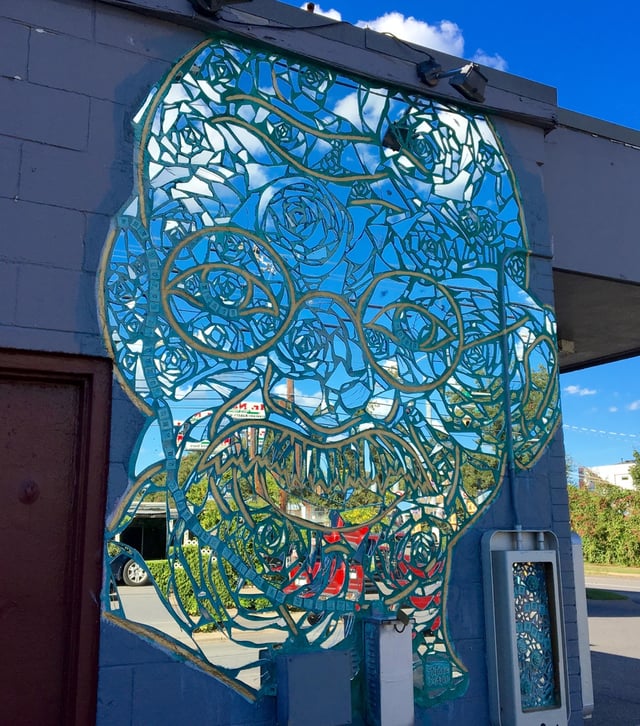 In the past few years, a number of mirror murals have been getting attention in East Austin. Their creator, artist Stephanie Distefano began creating large-scale mosaics using found pieces almost by accident. In an Austin Chronicle profile in 2013, she describes her first mosaic as a way to use broken dishes and other objects in making a decorative floor pattern on her enclosed patio. Beginning at such as large scale, it was an easy move to oversized mosaics in public places. She joined the 2012 Pay Phone Revival Project which challenged artists to focus on abandoned pay phones in the public landscape. 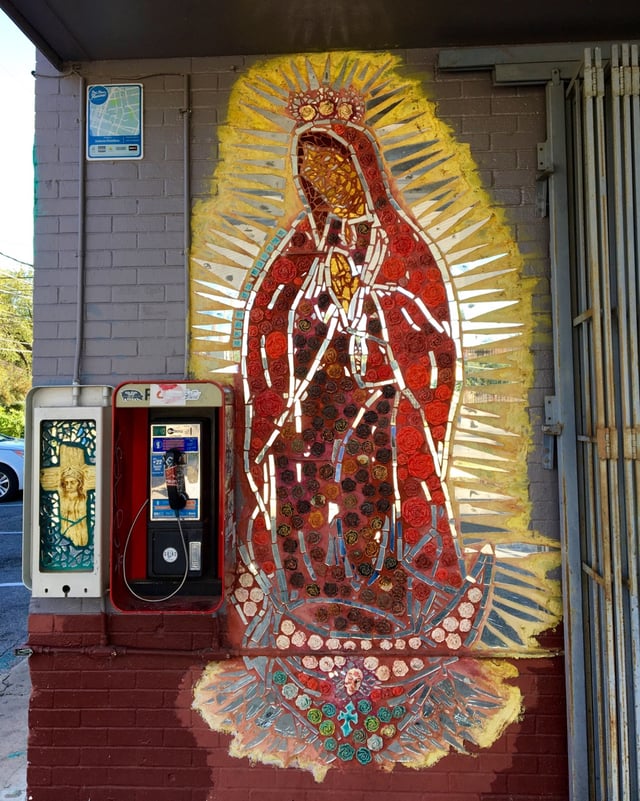 Working with the property owner of a local convenience store, she quickly adapted when her initial idea was rejected.  Quoting Stephanie in the Chronicle: “Sam Lodhia, ….he's an Indian man, and he said his family was really into Gandhi. And it was the anniversary of the assassination of Gandhi, and I'd just done the MLK March, and Gandhi and Martin Luther King are so close in my mind – so it was the perfect solution. And there had been a Virgin Mary on the other wall, the Virgen de Guadalupe, because there used to be a ton of gang activity around that corner, and community members had painted the Virgin to watch over people. And Sam had painted over it when he bought the store, and he said he'd always felt bad about doing that, so he asked me if I could put it back up. So that's how she came to be there next to Gandhi." 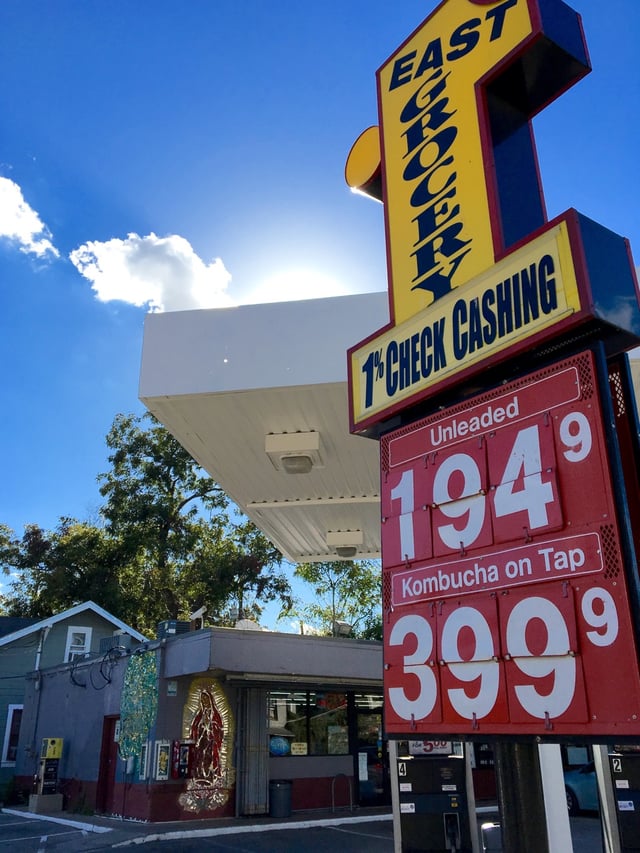 The work has resonated in East Austin. Even if the theological connections may not be fully resolved, the work is something of a local landmark. The Austin Chronicle’s annual Critics’ Poll in 2012 named the Mirrored Gandhi and Virgin Mosaics as “Best Place to Ponder Pacifism and Peace.”