Another significant event I missed this summer was the border reunion program initiated by several groups to allow families from Mexico and the US to reunite for a brief time at the border. On August 10, the El Paso border gates were opened so family members separated by the border could have 3 to 4 minute reunions. Thanks to our colleague and Heimsath Architects staff member, Richard Peña for letting me know about this. 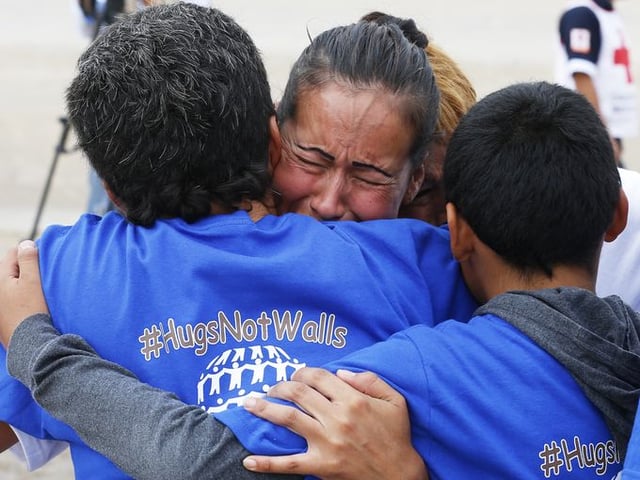 Photo from the El Paso Times

The Hugs Not Walls event was organized by the Border Network for Human Rights working with their colleagues from the Hope Border Institute in Mexico and the Border Patrol, Union Pacific.  The event made it possible for over 100 families to reconnect. These sons and daughters, brothers and sisters had not seen each other in years. Many have been waiting for visas or permits for extended periods while the family remain separated with many people unable to cross the border legally.

This event was one of several similar efforts to reconnect families separated by the immigration barriers between Mexico and the US, both physical and bureaucratic. While faith groups have played an important role in making these events happen, my interest is in the deeply touching moments of the families reuniting. In those moments, we can understand and share the burden of so many individuals separated from relatives and loved ones. You can’t watch these video clips without being moved.

The media in Mexico covered this event, while the US coverage was mostly regional.  Whatever the politics surrounding immigration issues in both countries, I wish this events would be more broadly covered by the media. Nearly all faith traditions have enshrined the importance of welcoming the stranger or the alien. In our Christian tradition, the Bible includes numerous references in both the Old and New Testament to treating the foreigner with hospitality and compassion. This was an important event this past August, and the issue, if anything, will be even more important in the days to come.