In Case of Rapture: A Bumper Sticker Theological Debate

“Put it on a bumper sticker!” More than one marketing guru has advocated the desire to distill a message to something so short and to the point that it could actually be stuck on a bumper. The reality is that really complex ideas can’t be turned into a simple tag line without becoming trite, or so watered down as to be meaningless. But every now and then, the right phrase unlocks layers of meaning. “In case of Rapture, can I have your car?” When I saw this, I laughed, but I also began thinking of how it referenced many theological and cultural issues behind our daily headlines.

Most observers would understand the Rapture refers to the Left Behind franchise that started in 1995 with Left Behind: A Novel of the Earth's Last Days, the first of 16 best-selling books created as a novelized rendition of the coming of Christ. Christian theology does include the promise of Jesus’s Second Coming at the End of Days. This event, described in the Bible with references to the reunification of the body and the spirit, has been referred to as the Rapture. What this really means and what might actually happen at that moment has fascinated believers for centuries. It is the inspiration for Michalengelo’s singular masterpiece The Last Judgement in the Sistine Chapel. 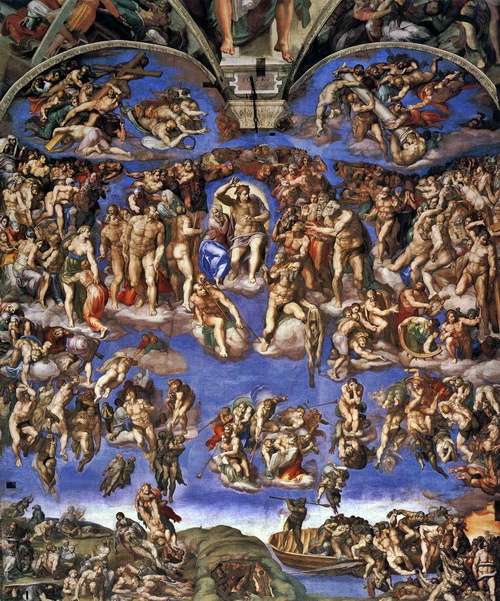 Michalengelo's Last Judgement was painted in the artist's later years, from 1536-1541. www.thelastjudgement.org

Another response to such a powerful and awe inspiring idea is to try to simplify it to the point it can be understood. Whatever one’s feelings about the Left Behind series, the books did present theological issues as relatable interpersonal conflicts with some amount of the supernatural thrown in. This approach can be taken to extremes, to the point of such over simplification that the theological message is buried. The theology of Christ’s coming can far too easily sound like, “we’re good, everyone else is bad!” 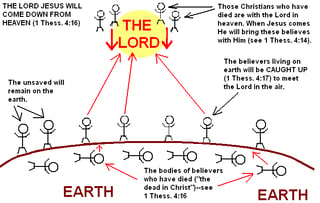 This Austin bumper sticker appears to be an effective counter message to oversimplified theology. It’s like a younger sibling’s request of an older brother or sister moving away: “Hey,” it says, “as long as you’re leaving, can I have your stuff?”  Rather than accept exclusionary tribalism for those who are “good,” it reminds us we’re all in the same place, and should relate to one another. And by asking in a humorous way for a car, it’s also gently chiding us for our overemphasis on consumerism.