In Spain, Our Lady is in the Sea

Somewhere off the coast of Spain in the Bay of Gibraltar is a very sacred underwater cave. For 364 days a year, it is the home of the Virgin of La Palma statue honoring the Blessed Mother Mary. Once a year, on the Feast of the Assumption, the statue rises from the depths and is displayed on the nearby shore in the port city of Algeciras. 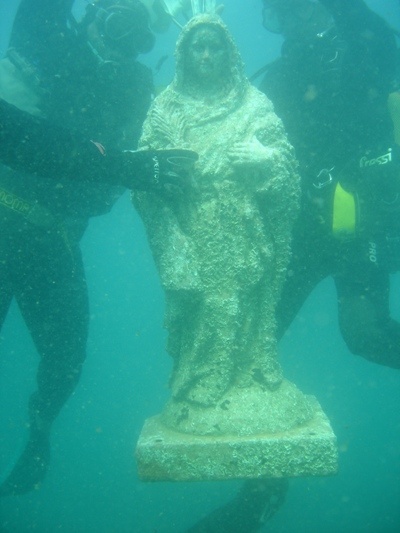 This peculiar tradition began in 1975 in celebration of a local legend that dates from the 17th Century. An Italian ship was waiting out a storm in the busy port was turned back time and again as the storm flared up upon their attempted departures. Sailors found a mysterious box on board with an image of the Virgin Mary holding a palm. As soon as the box was brought to shore, the storm miraculously abated and, one assumes, the crew was able to proceed on their journey. The palm is a symbol particularly important to the town of Algeciras, so the legend was that the Virgin of the Palm wanted off the ship so she could stay with the townspeople. 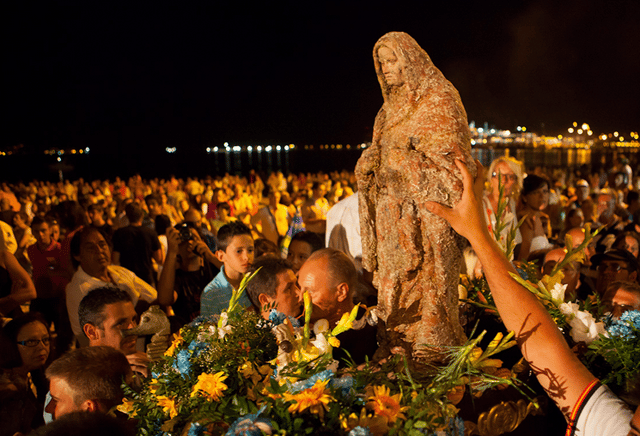 How the current generation came up with the idea of placing a contemporary statue in the sea is not explained in the City's website. It does note that a local society of fishermen and the local City Council are sponsors of the event, and may have commissioned sculptor Nacho Falgueras, who carved the statue. 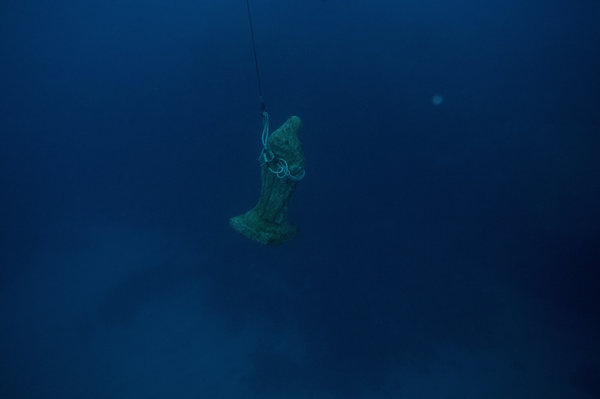 The Huffington Post featured photos from August 15, when a small flotilla with divers hoisted the Virgin of La Palma out of the murky depths. They proceeded to the shoreline where they were greeted by thousands of worshippers and tourists. In the evening, a mass was celebrated in her honor. By midnight, the boats departed with the Blessed Mother and she once again resides in her home in the sea.