Inside a Bank a Church Hides in Plain Sight

It would be easy to miss the subtle cues from the outside of Northstar Bank in Westlake Hills. I missed them completely. But, the covered portico does seem oversized simply to accommodate banking customers. A glance up at the window would have revealed what looks a lot like stained glass. And the enclosed garden with a stone fountain seems like a great place to be quiet and meditate. 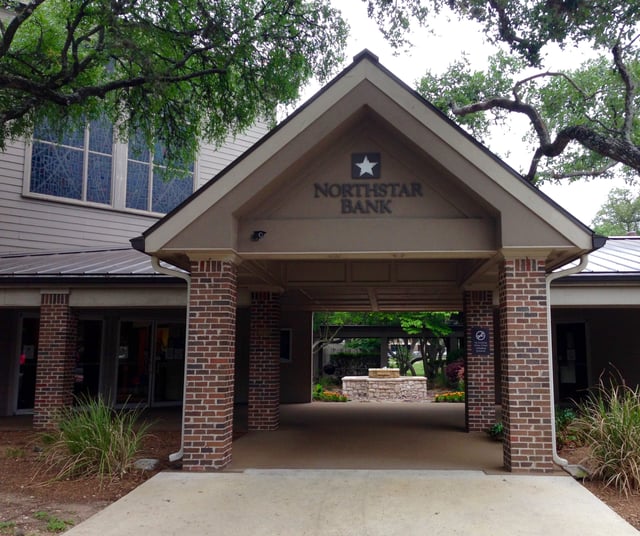 Once I stepped inside, I started to suspect that this building wasn’t built for a bank. It’s pretty modern. I would guess it was constructed in the 1990’s. The columns on either side of the large banking hall, though crowned with modern metal light brackets, still seem pretty traditional. The clerestory center rises above what could easily be side aisles, even though some sections, like the one with a vault, are filled in. Even the stained glass window, though it could have been designed for a banker, would make a lot more sense if it were ecclesiastical art glass.

And so it is, or was. The window at the opposite end of the hall was the final clue, a circular window with the extended arms of a Greek Cross. “This space used to be a church,” I pronounced more than asked. The staff member who met with our group couldn’t confirm, but summoned the manager. 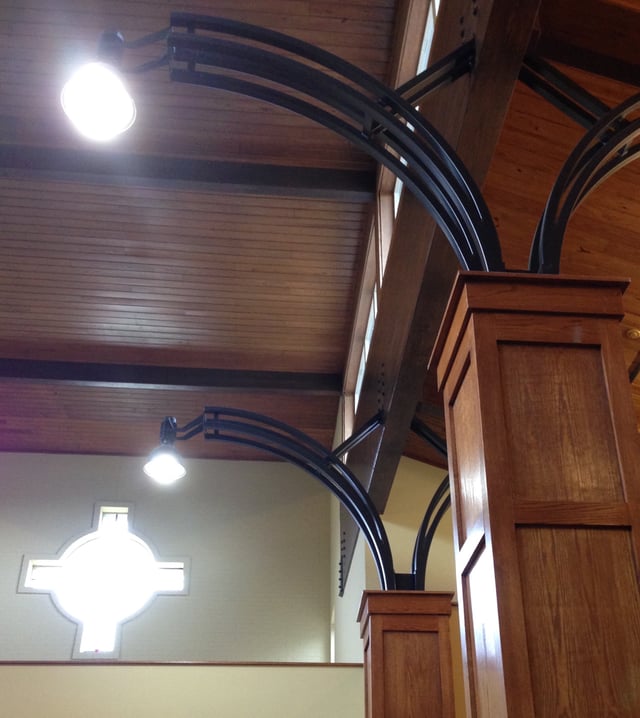 “Yes,” she explained, “it was a church originally. But it wasn’t here long. The church outgrew this space and sold it. Another bank did the conversion, it was already like this when we moved in.” Two years later, I remember the visit and the conversation. And I remembered taking these photographs. I can’t, however, remember at all which church they said had been the original owner! 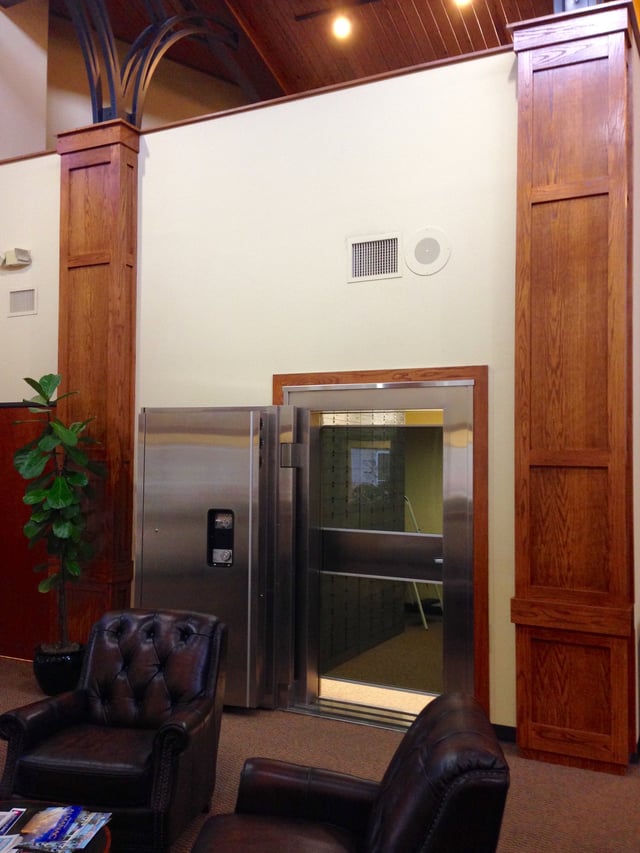