The past several weeks I’ve had several of the Lesky family members contact me regarding my post on March 5. Joseph’s memorial is at the site, in Clear Lake, where his vehicle swerved and impacted a tree. The family let me know that his friend, Cruz, was also in the car. In a coma for four days, Cruz ultimately succumbed. Family members told me they have added a cross at the site in his memory. 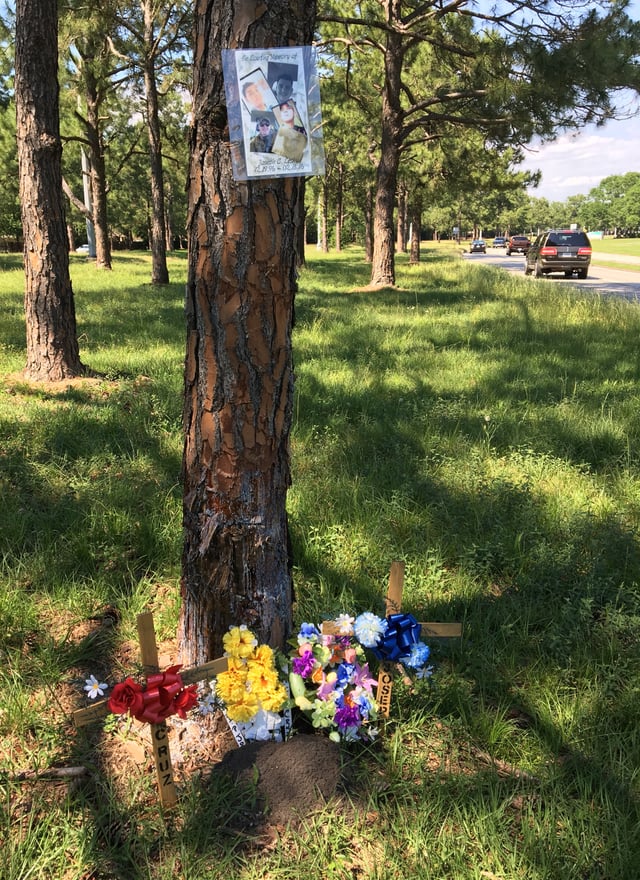 I revisited the location late this afternoon. With lots of recent rainstorms, one of the two crosses was lying flat on the ground. An Easter wreath had blown several feet from the tree. The trunk is scabbing over now. Dark, dried sap covers the raw wood. An ant bed is mounded up at the base.

The last time I was here my thoughts were all about the young man who died. At the time, I didn’t know exactly what took place here. The flowers, the name and the pictures offered hints of an awful tragedy. This visit, I know a lot more about the event and the two young men who perished.

But my thoughts this time were mostly about the family. I thought of Joseph’s grandfather who called me at the office and thanked me for the blogpost. His voice was breaking up frequently as he shared the shock of getting the phone call. I learned more about the two friends and their hopes as recent high school graduates. I heard about the memorial service attended by hundreds of the boy’s young friends. 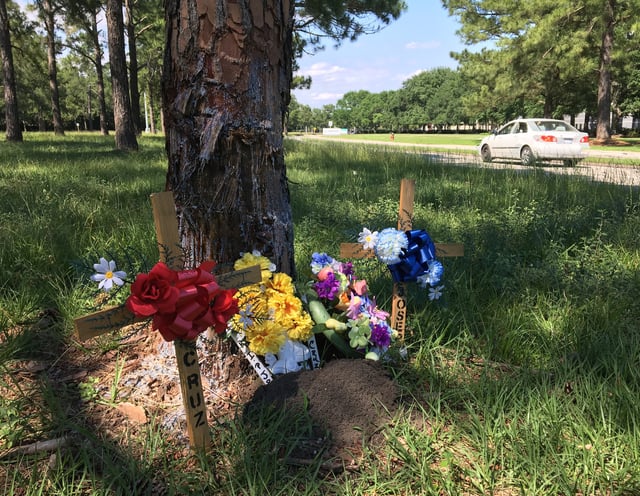 Having never met Joseph, or Cruz, I still felt pangs of loss as I reflected on the number of people who continue grieve for these young men. This place has a special presence, a power, now that it has been marked as a memorial. The family’s grief can be shared with the entire community, even with people like me whose only connection is through this sacred place.

I braved the ants and reassembled the shrine. It was easy to reset the cross in the soft earth. My wife and young grandson waited in the car as I teared up and snapped the last few photographs.

UPDATE:  I recieved a packet from Joey's Grandparents, Larry and Karen Daigle and have a new blog entry about their gracious comments and their community outreach with Da Who Dat Truck.