There’s nothing new about unscrupulous vendors selling counterfeit merchandise. Years ago, as a student in New York, the practice was so rampant it seemed like every street corner had its hawker with “genuine” Rolex watches, Coach bags, or designer jeans. These brazen sellers would bellow impossibly low prices to anyone in earshot. Their less than credible explanation? “Fell off the truck!” 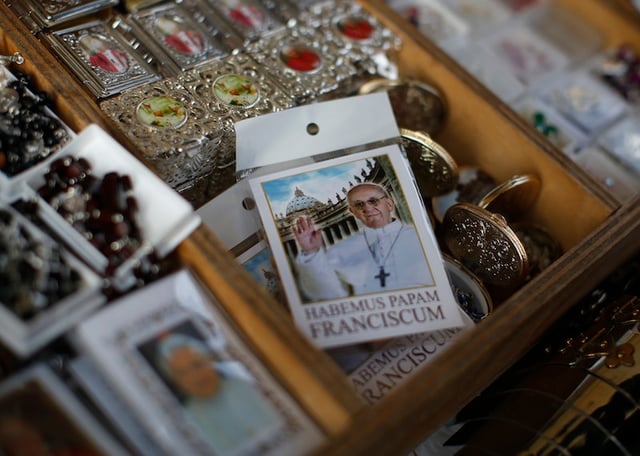 There’s no explanation possible for the fakery just discovered in Rome. It stretches the imagination to consider that some bad guys had loaded up and were ready to sell counterfeit Vatican merchandise. Religion News Service reports that a counterfeit ring in Rome was busted with a warehouse filled with fake Papal paraphernalia. The video linked to the news story didn’t have the audio when I saw it, but it’s pretty easy to see what’s going on.

I am a bit disappointed that Rome police lead the raid and arrested the miscreants. I think it would have been so much more dramatic had the Vatican’s Swiss Guards been rounding up the crooks. With the increased demand in this Jubilee Year of Mercy, who better to defend the integrity of Papal memorabilia and who better to determine the appropriate penance?