Liturgical Mural Marks A Church On Its Third Life 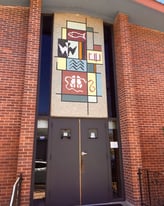 Walking along a side street in East Austin I noticed a bright mural on the side of an otherwise unadorned façade. Wow! The composition, though subtle, has unmistakable Christian symbolism. There are no crosses, but a Bible, a dove, a fish, and a pair of sandals are clearly delineated. I’m not sure what the center image symbolizes, perhaps the original congregation had a stylized mountain motif as its logo.

Curious about the artist, I went around the corner to find a sign, and also an entrance, so I knocked on the door. Brian Murphy, the Executive Pastor of Christ Church was in his office and graciously offered to give me a tour. Christ Church has only been in this building for about six months. The previous congregation, Centenario, a Mexican Baptist Church, apparently wasn’t the original builder. The plaque outside dates from 1999, which I assume marks the beginning of their stay. The architecture suggests the building dates from the 1970’s. So whichever congregation built the structure originally, they likely commissioned the artwork at the same time. 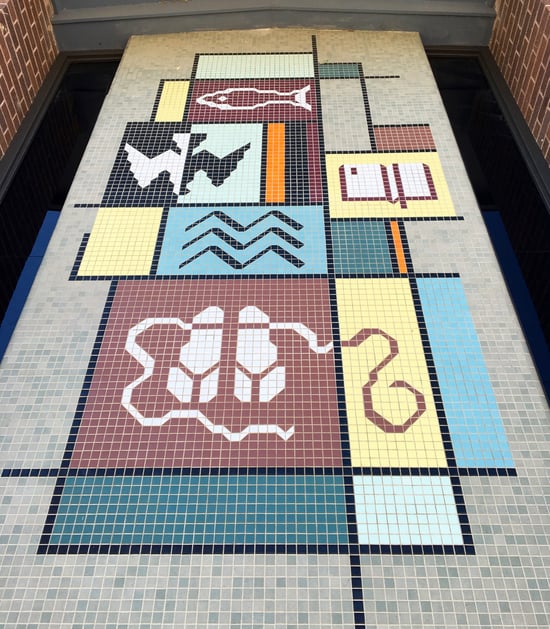 My guide didn’t know the name of the original church, nor the artist. But he was delighted to share early plans for making the building more suitable to Christ Church. One important goal will be to open up the exterior and let in more natural light. I do hope the mural can stay.