According to Historic McLennan County, An Illustrated History, the Mount Rose Missionary Baptist Church was built to serve a small but dedicated African American community in 1920. An A.M.E. church and a school were also located on Houston Street. 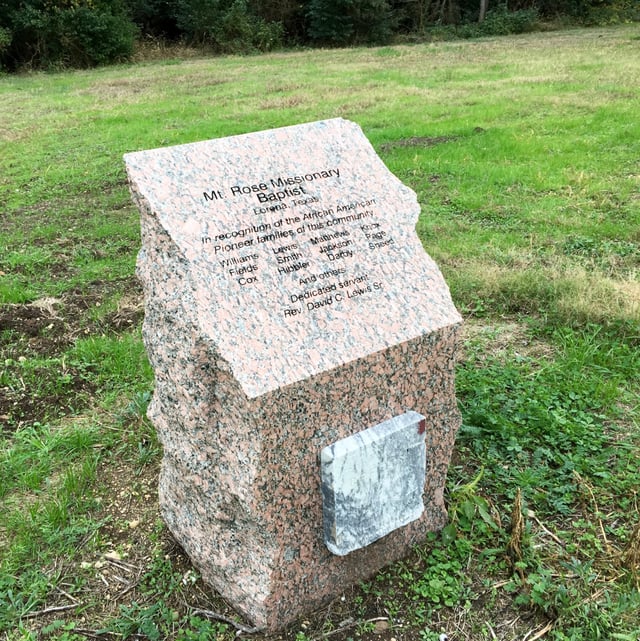 The text includes a description of the scene on October 1, 1921 when the Ku Klux Klan decided to parade in Lorena.   County Sheriff, Bob Buchanan, had already refused the Klan’s request for an event in Waco. Hearing that Klansmen were assembling anyway, Sheriff Buchanan hurried to Lorena with a posse. The account notes that most of the Sheriff’s men abandoned him when they saw nearly 100 Klansmen determined to proceed through the town. Undaunted, Sheriff Buchanan, with only two others by his side, confronted the masked marchers. For over an hour he tried dissuading them from their activity. The confrontation ended badly when, in frustration, the Sheriff attempted to unmask one of the Klan leaders. Guns and knives were quickly drawn. The account doesn’t document the extent of any casualties, but it does quote one Lorena resident who remembers his father being slashed in the throat!

The Klan couldn’t dislodge the congregation of Mount Rose, but the passage of time eventually did. I found the granite marker in a clearing just off of Houston Street. The area is attached to the town’s green space, McBrayer Park. From the little information on the marker, I did find the historic notes with the story above, but no photographs of the church and not much else about Mount Rose. 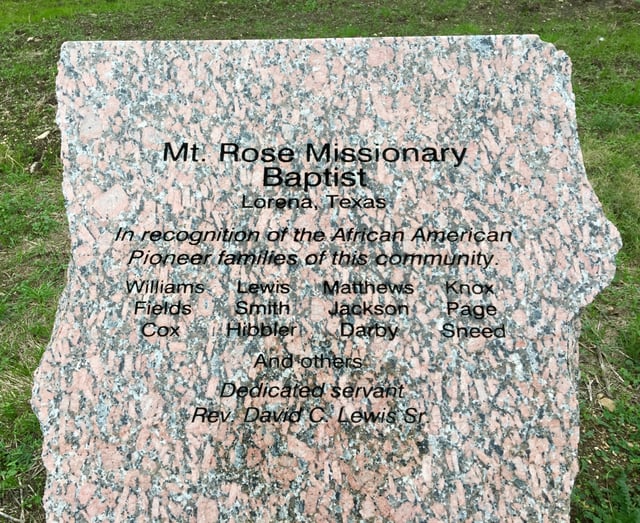 But thanks to Google Earth, these areal images may be the only photographic record of the old church that survives. This sequence of photos, starting in 2009, shows the gradual deterioration of the roof. I’ve heard many preservationists say that the tipping point for an old structure comes when the roof caves in, and it appears that’s what happened here. Sometime after 2012, the old structure was demolished. All that’s left is the marker erected on the site with the old dedication stone attached. Like a tombstone, it marks the site of a church that has now passed. 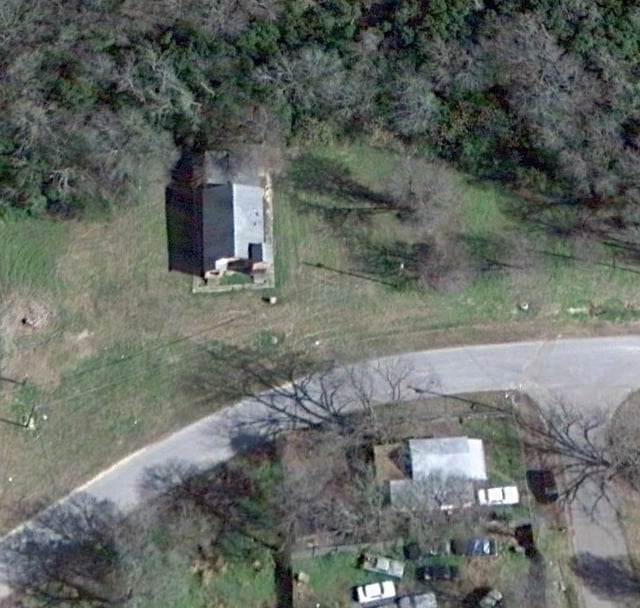 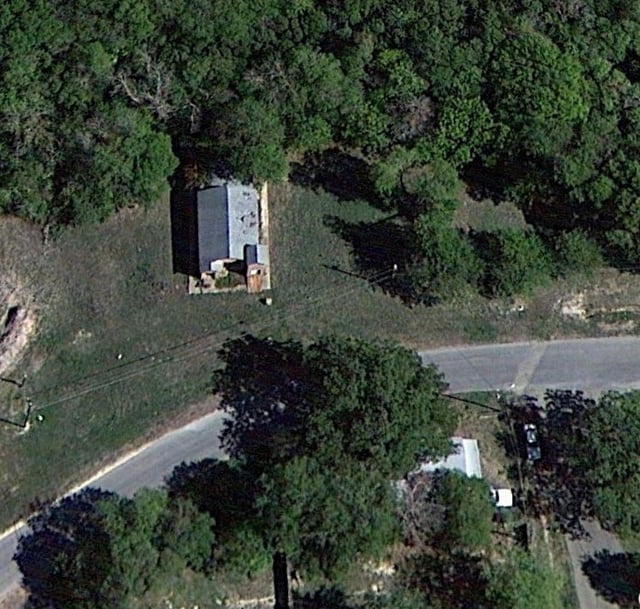 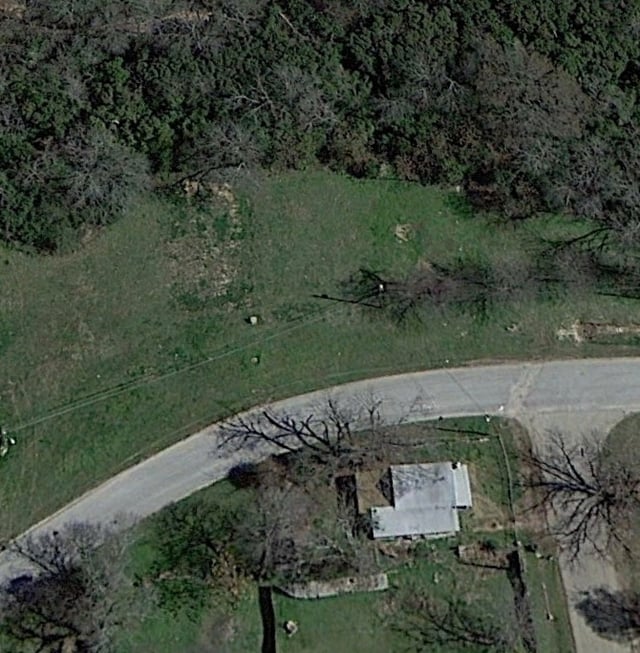 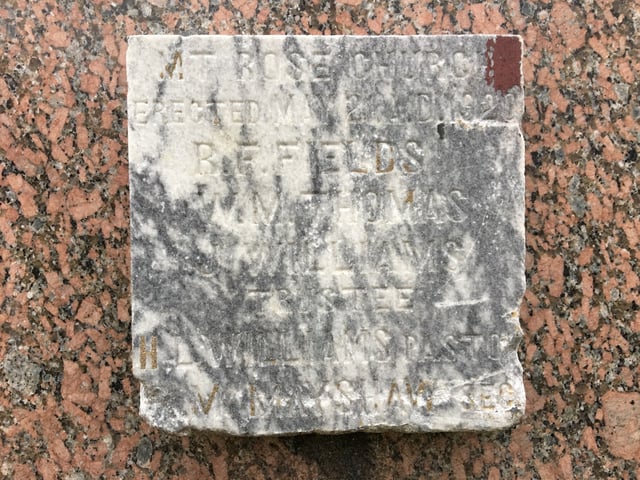 The original Mount Rose Church dedication palque is mounted on the granite memorial.