Many Images of the Cross

If there’s any indication of our widely diverse cultural and religious heritage in this country, one only needs to look at the many renditions we see of the cross. This is a primary symbol in Christianity as it is associated with the crucifixion of Jesus, prior to the resurrection on Easter Sunday. And yet we encounter many renditions or versions of the cross in many religious and secular locations. Without realizing it, we are actually interacting with different traditions and histories associated with those crosses. In some cases, what we see may be indicative of greatly differing theologies or approaches to the Christian faith, and even non-Christian references. Here are just a few examples: 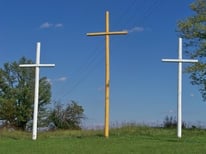 A movement in the evangelical church has focused on the three crosses as a primary symbol. Christian tradition holds that two criminals were executed with Jesus. One insulted Jesus, the other asked for Jesus to remember him in heaven. One can suggest that evangelicals see humans as inherently sinful, but at the end we have a choice to make if we wish to follow Jesus into paradise.

In the Roman Catholic tradition, the cross includes a corpus, an image or reference to the body of Christ on the cross. Though many Catholics will have other crosses, the US Conference of Catholic Bishops note that a cross with a corpus should be prominently displayed near the altar for the liturgical celebration. 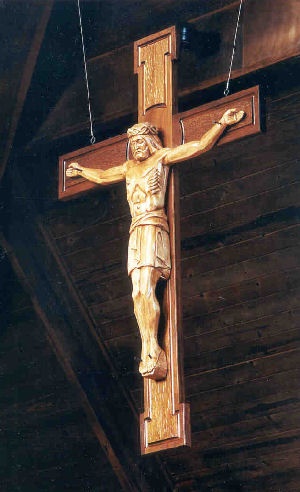 Different traditions in the Eastern church include the Ethiopian Cross that features intricately woven ornamentation. These crosses can be hand-held and take on powerfully symbolic power for priests who use them in liturgical ceremonies, but also in social activities and blessings. 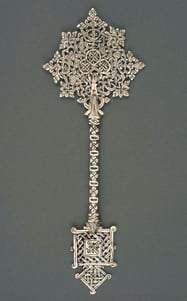 The Jahova’s Witnesses consider a cross an important symbol, but one that is inappropriate for including in a Christian worship service. First, they question historically whether a two-timbered structure actually was used historically for Jesus’ execution. They cite scripture and suggest the Roman corporal punishment may more accurately been an upright stake or tree.  They also note the similarity between the cross and pagan symbols.

Several websites dealing with religious symbolism note the closeness of the Christian cross to the an ancient Egyptian symbol. The ankh was a symbol associated with funerals, with many images showing the Gods holding this sign by the mouth as a sign of the breath of life. 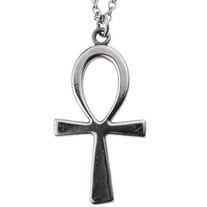 So look closer at that cross by the roadside or in the jewelry store.  There's rich symbolism and centuries of rich history if anyone takes the time to notice.