At the office, we’ve noticed that working with faiths different from our own lets us see many similarities between different worship traditions and beliefs. Thinking about Mother’s Day, I’m reminded that the Austin Hindu Temple, after much deliberation, chose to honor Devi, the mother deity, as the primary goddess. And I also have seen growing local interest in Mother Mary as Our Lady of Guadalupe. 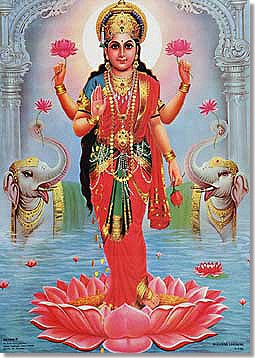 Devi is the central deity in the Austin Hindu Temple. She is placed in the center of the three garba griha, or holy of holies at the heart of the temple. Devi, the mother, is the creator of the cosmos. She maintains equilibrium in the universe, is the protector and the source of good fortune. Like many Hindu traditions, there are many versions and manifestations of Devi. A common image shows the goddess with many hands, indicative of her many powers and attributes.

In my own Catholic faith, there are many images and manifestations of Mary, the mother of Jesus. From Mexico, many in congregations in Texas have come to embrace Our Lady of Guadalupe. The story goes that the Blessed Mother appeared to a poor farmer in Mexico, directing him to build a church in her honor. When his account was doubted by the local bishop, the apparition told the farmer to collect flowers in his cloak. When he unfolded his cloak in front of the bishop, a miraculous image of Mary was imprinted on it. Our Lady of Guadalupe was designated the patron saint of Mexico. She is beloved for her compassion, especially for the needs of the poor.

The basilica church, and a new one that contains the original miraculous image, are a major pilgrimage site in Mexico. The Sacred Sites Our Lady of Guadalupe website has some good resources.

The Sacker Museum curated an exhibit of art and traditions of the Mother Goddess Devi in 1999. The Devi website associated with the exhibit continues to offer great information.