Massive Memorial at Promenade in Nice

There’s no telling what delusional evil motivated the killer who deliberately ploughed a truck at high speed though throngs of revelers in Nice, France on Bastille Day. If there was any genuine thought he was acting on faith, reports have surfaced that the first person he killed was a woman wearing a veil. Fatima Charrihi was a devout Muslim and her death left seven children without a mother. By the time the carnage was over, more than 80 people died. These people were from all over the world and from all religions. 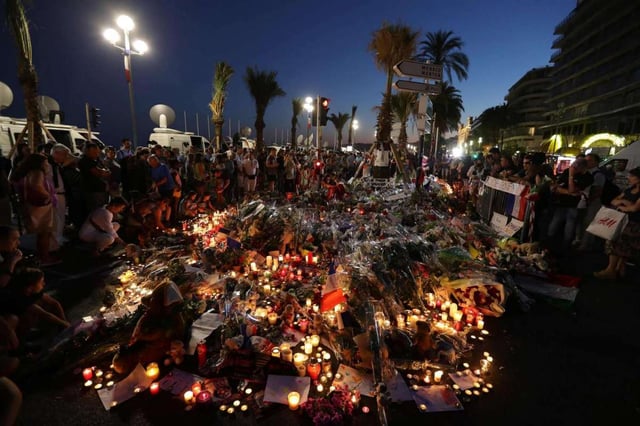 Though devastating, the act of one evil person, or persons, is being overwhelmed by the eruption of sympathy and support of literally thousands. I had heard of the makeshift memorial being formed along the Promenade des Anglais, the site of the massacre. I wasn’t at all ready for the shear size of the outpouring. Flowers are mounded high in the center traffic island. Notes, and flags, and candles are all around. Stuffed animals, in remembrance of the 10 children who lost their lives have also been left at the site. 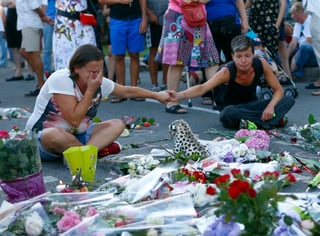 The short video from NBC News is striking. It wordlessly follows a few of the many who come to cry, to grieve, and to contribute their own piece to this swelling shrine. Put up with the blaring add, the video is worth seeing.

The massacre in Nice will no doubt remind us that there is evil in the world.  We really should, however, remember the wellspring of goodness and sympathy expressed in the aftermath.  The contributions of so many are making Nice a shrine to hope and unity.