Last week we joined the family, colleagues and many friends of Danny Camacho for a memorial at the Mexican American Cultural Center. Danny was a beloved community leader and historian, expert in the history of East Austin. He passed away suddenly and is deeply missed. Michael Barnes’ column noted the VIP’s in attendance, and it was impressive. My big takeaway, however, was the altar shrine.

I had worked with Danny and his family many years ago when we were part of the joint venture team that designed Metz Elementary school. The local community had lobbied strenuously to have a new school and the Camacho family members were huge supporters of the school. This past year, my wife renewed our connection with Danny working with him to celebrate the 100th anniversary of the founding of Metz. Throughout the year, a number of events celebrated the past and Danny’s amazing archives and near instant recall of events were a remarkable resource. 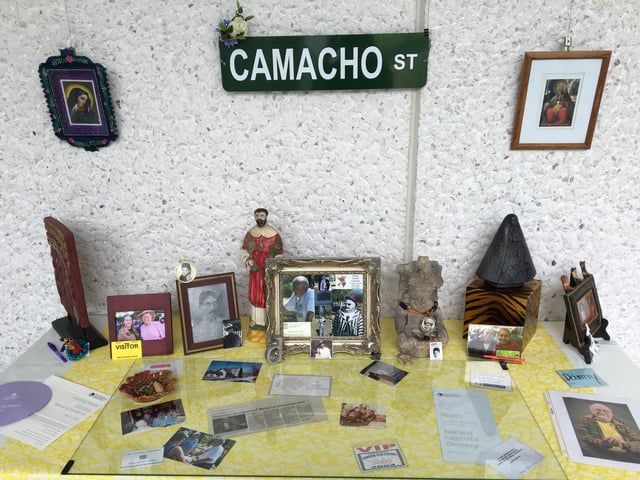 When Danny’s sister Dolly welcomed visitors to the gathering, she also invited everyone to see the altar she and her sisters had set up with a selection of Danny’s treasured objects. Though the speeches and stories were heartfelt, the altar was the place where I felt Danny’s spirit. The photos and objects were eclectic, with the Camacho Street sign placed above the collection. I don’t know how common an on-site altar may be for memorials of this kind, but I noticed how many of us took a moment to visit the shrine and quietly appreciate and reconnect with a wonderful person. 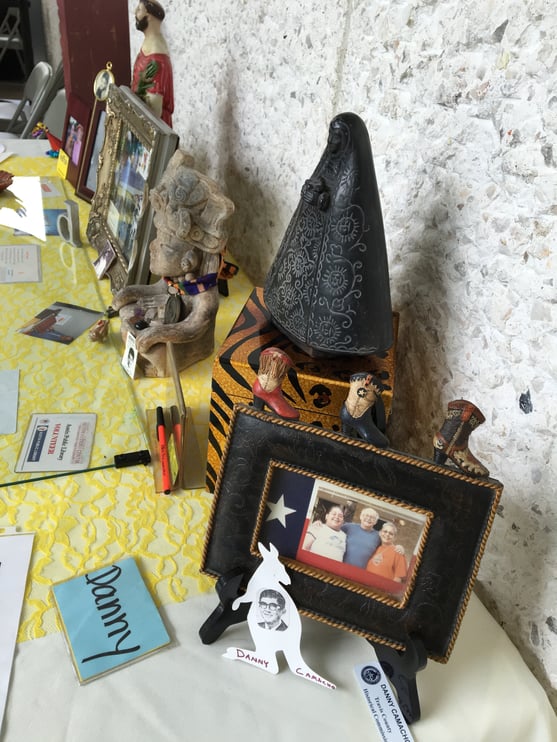