Visitors today should note a rather unusual plaque just to the left of the hotel’s front door. The memorial indirectly notes the historic Hotel Floridan, was the premier location for legislators and leaders. Tallahassee Magazine shared an unattributed quote: “(W)hat bills weren’t passed at the Capitol were passed at The Floridan.” 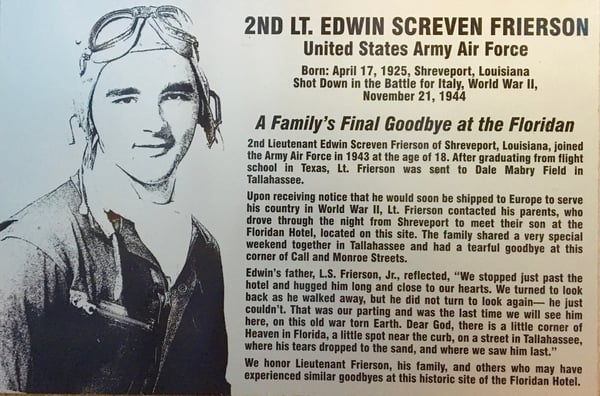 When the Floridan was in its prime, a family shared a long goodbye with their 18 year-old son who was shipping off to fight in WWII. Under the arched loggia of the stately hotel, Edwin Screven Frierson hugged his parents and siblings for what turned out to be the very last time. The young airman was killed in battle when his plane was shot down in Italy in 1944. 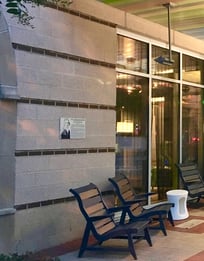 was demolished in 1985. By 1990, paving and landscaping were installed on the empty lot. To mark the location, the Frierson family, through Tallahassee Friends of the Park, erected a plaque on the site and planted a tree in their son’s honor.

When an Aloft hotel was planned for the site, the memorial plaque was in the way. So the developers came up with a new plaque with a new citation to note the special event that had been marked with the previous memorial. By 2010 at a ceremony attended by remaining Frierson’s family members, Tallahassee mayor John Marks dedicated what may actually be a memorial to a memorial.

The Freirson memorial is at the Call Street entry of the Aloft Hotel located at 200 North Monroe Street, Tallahassee, Florida. 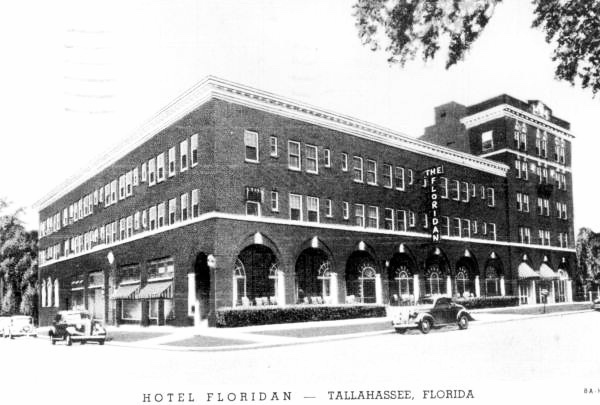 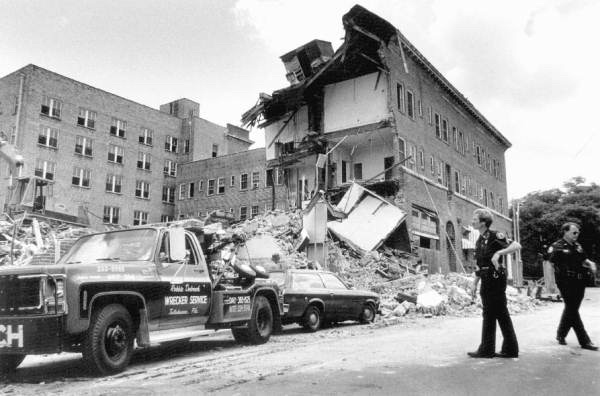