Several projects in the office now have us looking closer at mid century modern churches and revisiting some fascinating liturgical art. A resurgent interest in designs of this era has emphasized the minimalist aesthetic and the unadorned use of materials. But some of the most interesting elements we’re seeing are the overlooked artistic details. These ornamentations are deliberately added as thoughtful embellishments integral to the architectural design. 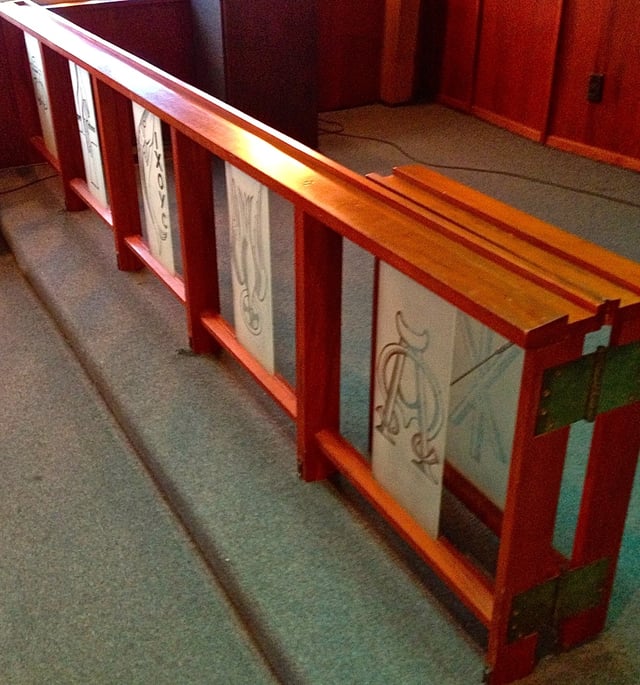 Prince of Peace Lutheran Church in Austin was designed by Eugene Wukasch, a prominent architect who designed a number of churches in the post war era. Etched glass panels designed for the altar rail seem like small details, but they add a visual interest to an otherwise minimalist design. The architect worked directly with the glass artist to produce these. Wukasch’s original drawings dating from 1955 show the etched glass panels conceptually diagrammed, a starting point for what became a collaboration with the artist.

The doorframe designs at Trinity Episcopal Church take on similar importance for not one, but two church programs from the same era. Houston architect, Arne Engberg’s first Trinity Episcopal Church was dedicated in 1954 to serve as the initial worship space. The same architect, in 1961 completed the main worship space and the first unit became the parish hall. Both entry door portals are embellished with special cast stone designs representing the Apostles using creative symbols associated with their stories. Engberg was able to revisit the initial work with new panels that expanded on the original idea and tied the two entries together. 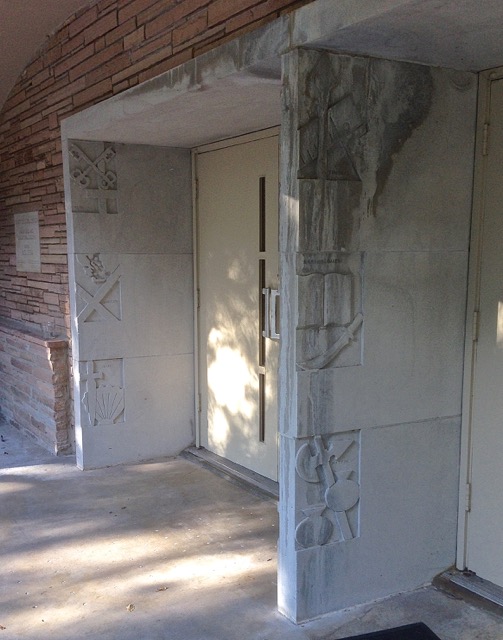 These artistic embellishments reveal the mindset of mid century church designers. They weren’t thinking of the details as placeholders for art that someone else might add later. The details weren’t thought of as standard items to simply look up and order out of a catalogue. Designers conceptualized these worship spaces with artistic embellishment as important as any other building or structural detail. Supporting this approach were also the building committees, the contractors and the artists who worked with and implemented the architect’s initiative. When we revisit the mid century modern church, it is important to look closer at the entire approach and not just the stylish look of the minimalist design. 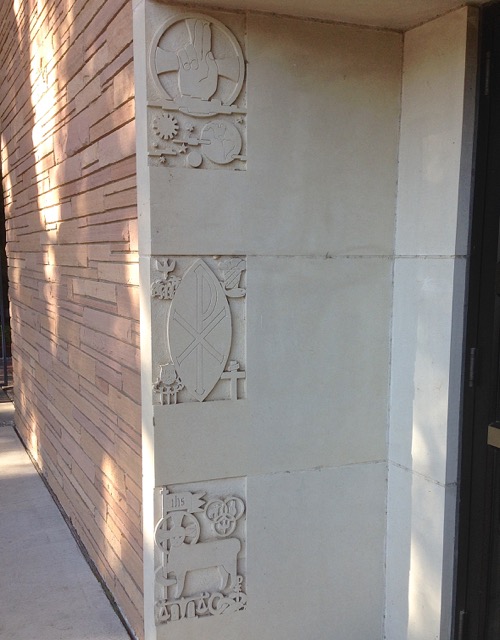