On a drive today near Caldwell, Texas, I noticed the settlement of Cook’s Point. Actually, it was the church that caused me to stop. Many small towns have pretty historic churches, but this distinctive profile looked to be of Mid Century Modern design.

The dedication stone confirmed that the Cook's Point Brethren Church was dedicated in 1959. The simple, but well proportioned design indicates that this is the work of an experienced designer. It is likely the designer came from Houston or possibly Austin. In those years many prominent firms were active in Central Texas designing what they would have considered to be “modern” churches. I didn’t see another marker or dedication plaque that might confirm the authorship, however. And on-line searches didn’t provide any indication of the architect. 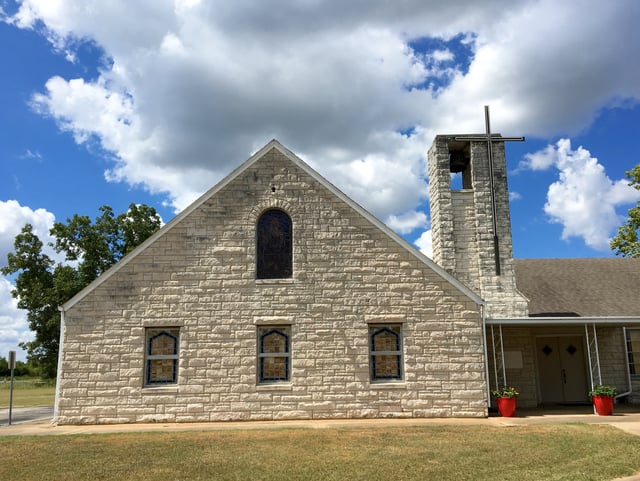 The tower is set in the intersection between the main sanctuary on the left and the wing for support spaces on the right. Many towers draw visitors to an entry door at the base. In this case, the doors are on either side of the base. One door opens to the worship and the other to what looks like a vestibule for an office or education wing. There is no distinction between the two entries. The architect designed the same cast stone frames for both. I see this as a deliberate gesture giving education and fellowship equal standing with worship in modern ministry. The metal porch ceiling is certainly a later addition, though it may be it replaces the original porch structure. 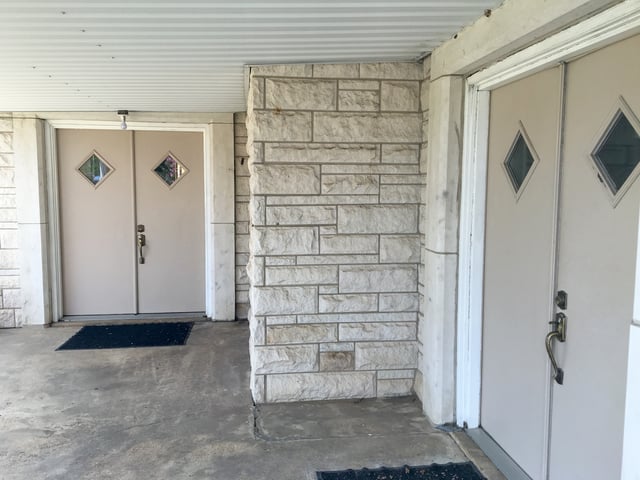 It is likely that the cross is part of the original design. The thin profile draws attention to it against the heavy stone elements. Neon lights may have been a later addition. Or they may also be part of the original design. Architects in the region were keenly aware of modernism and art deco designs were popular, especially in coastal areas. So as incongruous as it may appear, the neon cross may have felt quite appropriate as an overtly modern element in a building constructed with otherwise traditional materials. I’d love sometime to get a photo of this church at dusk with the neon lights on. 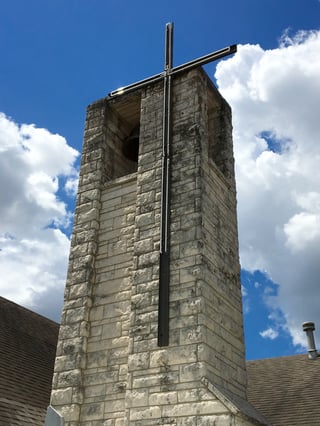