Minneapolis in Mourning with Prince Memorials

Knowing there was a strong bond between Prince and his hometown Minneapolis, I was looking for the spontaneous memorials at the news of his sudden death. The first reports said that grieving fans brought purple flowers to Paisley Park, the artist’s home and recording studio. Each of these suddenly sacred events takes on its own momentum, with mourners honing in on the objects and symbols that most express the community’s feelings. 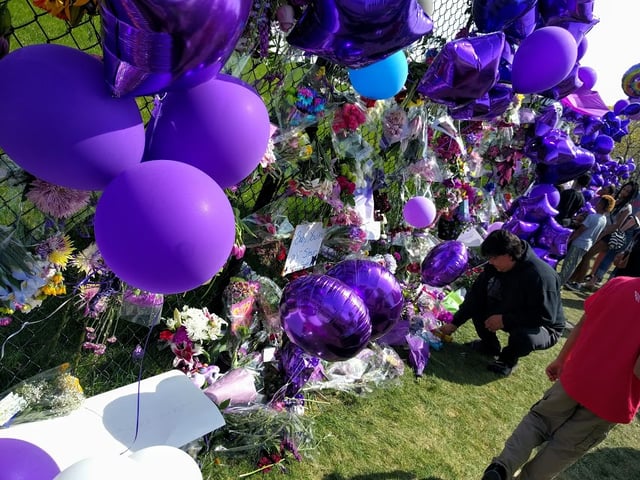 A few days after the shocking news, the tributes from all over the world have all been about Prince’s music and how much it meant to so many people. Two of the most popular Broadway shows would break out heartfelt Prince songs and the videos have become viral.  Google's homepage was showered with purple rain.

We are gathered here today
To get through this thing called life. https://t.co/HthUrlGVeV pic.twitter.com/xT8oKjpDZc

In Minneapolis, it looks like there are two locations that have become centers for Prince memorials. The whole fence line in front of the Paisley Park studio is filled with fans’ mementos. Purple is the color of the moment, with balloons, flowers, images, and notes all contributing to the transformation of an otherwise plain chain link fence. 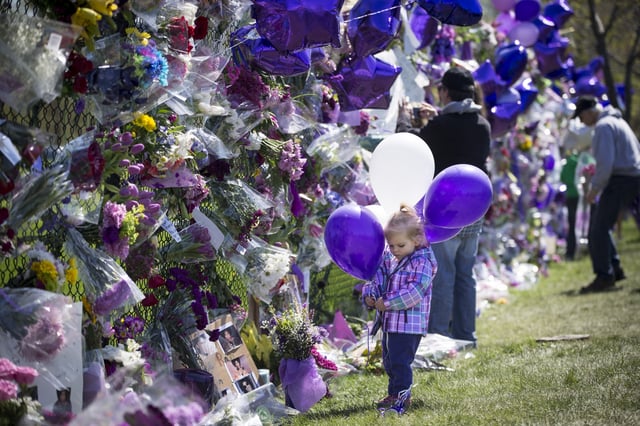 The second is downtown where Prince was honored with a star along with other famous personalities from the city. In addition to flowers, people have been kissing the ends of their fingers and then pausing to touch the painted star.