A Canadian settlement north of Quebec City has given up its landmark modern church. But the old building didn’t come down easily. According to a local news station, several cables snapped and crews spent several days trying to bring the massive concrete building down.

The Notre-Dame-de-Fatima Church dates from 1962 - 1963. It was designed by Léonce Desgagné and Paul-Marie Côté, local architects well-known for their modernist designs including a number of churches. The Catholic Church closed the facility in 2004 and eventually offered the property for sale. A developer’s initial plans for a multi-family project met with opposition from local authorities. The church was a designated cultural landmark and apparently, the developer was encouraged to try to preserve the building even as he pursued his plans.

A later article notes that the cultural landmark status was removed in 2015, so the adaptive reuse effort must have failed. Even after the demolition permit was granted, the planning for removal took a lot of time and effort. And it cost over $300,000! 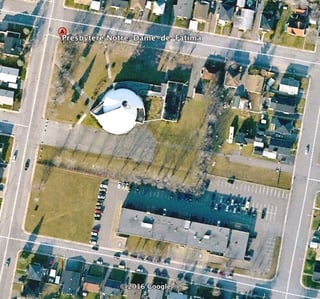 Several summers ago, we visited Quebec toured the areas north and west of the city. Though we weren’t in the vicinity of Jonquière, we did notice a lot of new construction in the area. The settlements were well-maintained and felt very European in their layout and design. We also saw many repurposed churches, particularly in Montreal. 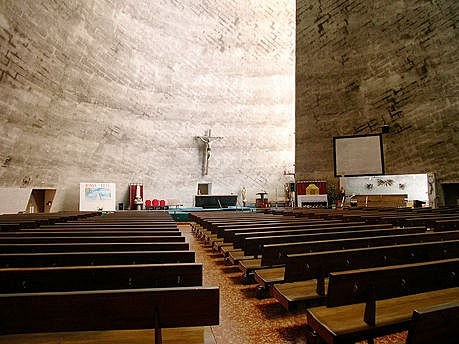 As a church, the form was quite dramatic and attracted notice from a distance. The form also created a dramatic interior with natural light bathed along the entire face of the wall above the altar and entry. I can conjecture that a lot of careful deliberation went into the decision to demolish, not repurpose the old Notre Dame de Fatima. But still, it is a shame that this distinctive modernist church is now just a memory. 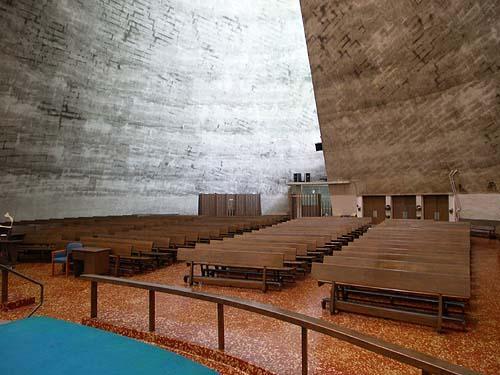