Tucked away mid block on a residential street in East Austin, Mt. Calvary projects a simple face to the public with a brick façade and a small white steeple. The street sign is a bit weathered, but someone is tending the planter. The mounds of rosemary are growing so well they nearly obscure the name of the pastor. 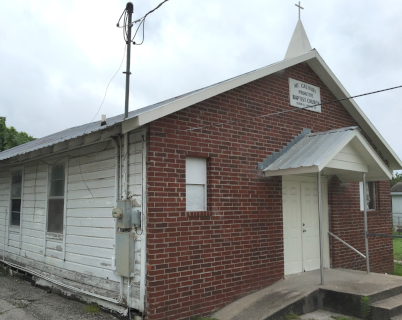 Walk back to the side of the building and at least some of Mt. Calvary’s history is revealed. The building is actually an older, wood frame structure. The size and proportion suggest is may be one of the old barracks that were decommissioned from the Bergstrom Airforce Base at the end of WWII. I recognize these structures since my wife and I salvaged one of them when we converted it into two garage apartments. Even if this building isn’t originally from Bergstrom, it likely dates from the 40’s. 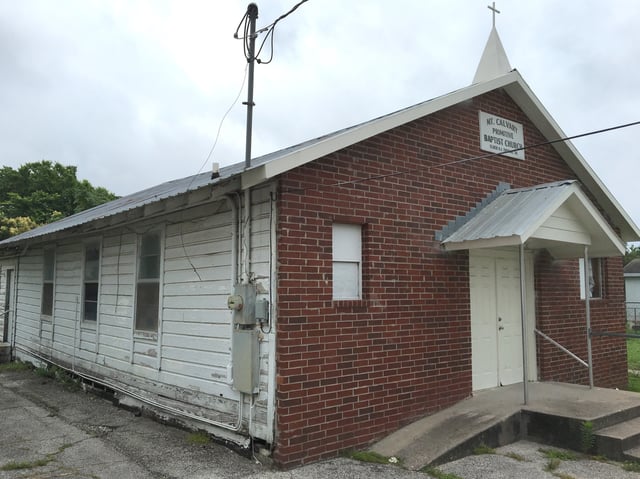 Bricking up only the front façade wasn’t an uncommon approach in the 60’s and 70’s, particularly for congregations with fewer resources. Putting on a good face, the brick image is intended to dress up the look from the street, even if the rest of the building remains wood. And for Mt. Calvary, the effect works pretty well. The building is back far enough from the street that someone really has to look to see the un-bricked sides.