It seems all of Louisville was engaged in some fashion in memorializing Muhammad Ali. The world saw him as a personality bigger than life. Louisville residents came out for his funeral to remember him as a very real person who touched many of their lives. 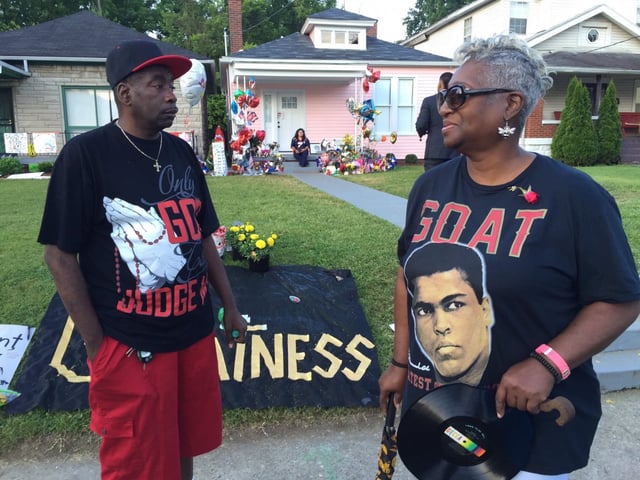 It was interesting to see there were at least two areas where spontaneous markers appeared as memorials. One was Ali’s boyhood home, the other, his final resting place. Louisville residents intuitively are marking the beginning and the end of the great man’s life.

Ali’s childhood just recently became a museum, restored to its look when Ali, (named Cassius Clay at birth), his parents and his brother lived there. An interesting coincidence, the investors who purchased the house in a near derelict state, had just completed repairs and opened the facility this May.

Mourners sought out Ali’s gravesite even before the place was marked. The placement of the tombstone will, according to reports, simply have the name “Ali” carved on it. But that is still to come. Right now, flowers, boxing gloves and a flag have all been brought by visitors who come to pay respects at a newly placed patch of grass.