In a previous post, I described the Advent Calendar as a relatively new tradition. The tradition of the Christmas nativity scene, however, also known as a crèche, or presepio, was instigated by an event in Italy nearly 800 years ago. We know the date and location because it is recorded in the well-documented life of St. Francis of Assisi. 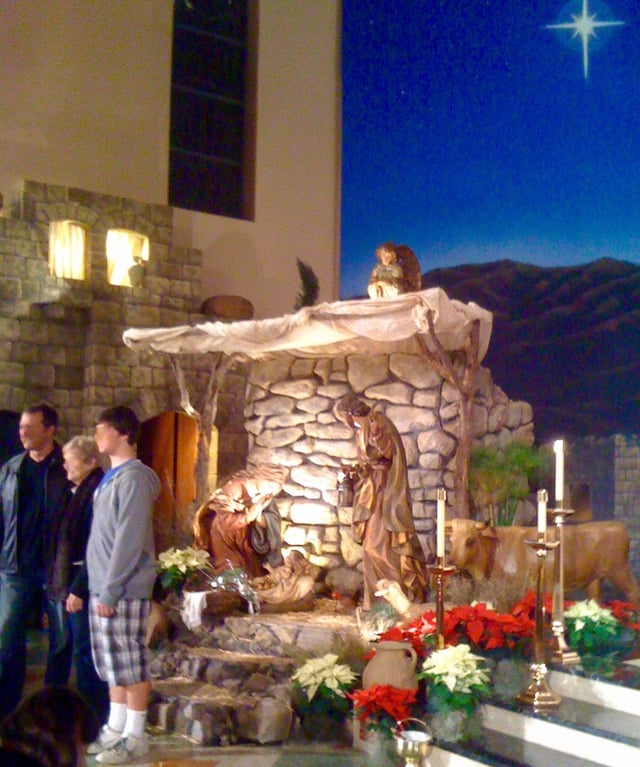 The annual Christmas scene is an elaborate stage-set at the American Martyrs Church in Mahattan Beach, California.

Already established as a major leader in the Italian church, St. Francis was working in the town of Greccio in central Italy as the Christmas season approached. The thoughtful priest was mindful that many people were choosing to attend worship at this time and he fretted that the small town chapel would be overwhelmed. He also was concerned that the significance of Christmas was being overlooked by townspeople more interested in gifts and social events. 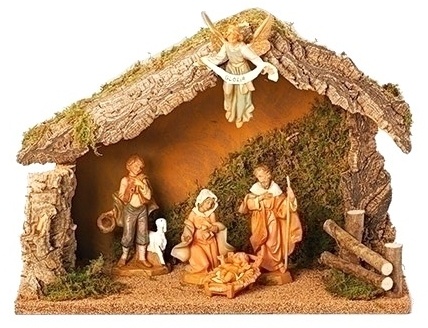 Italian traditional manger scenes can be purchased at the Fontanini Store as an entire set, figures included.

His idea took some planning. St. Francis’ biographer is careful to note that he requested permission in advance from his superiors in Rome. With their blessing, he prevailed upon a local farmer to deck out a grotto on a hillside beyond the town. The scene of Christ’s birth was re-enacted with farm animals and with real people playing the parts of Mary and Joseph. A wax doll stood in for baby Jesus. Christmas Eve mass was held outdoors, with throngs in attendance. St. Francis used the live scene to preach about Jesus’ humble beginnings, calling him the “Babe of Bethlehem.” 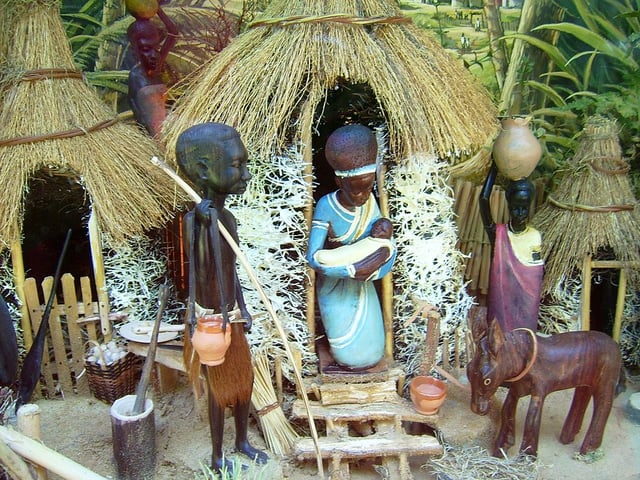 The event was an instant classic. People even reported miracles in the days that followed. Hay from in the manger display was fed to sick animals and they suddenly were fully recovered. Churches all over Italy soon began displaying the nativity during the Christmas season. Terra cotta statues took the place of live animals and people. 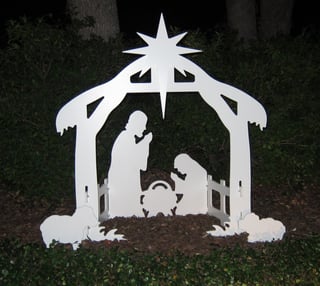 Over time, the tradition of the nativity scene spread throughout all of Christendom. The display has taken innumerable forms and has been translated to all different cultures. The image of Mary and Joseph coddling the newborn baby Jesus in humble surroundings needs little explanation. Though the celebration and importance of Christmas differs greatly from different countries and cultures, the nativity scene has come to be nearly universal in conveying the meaning of Christmas.