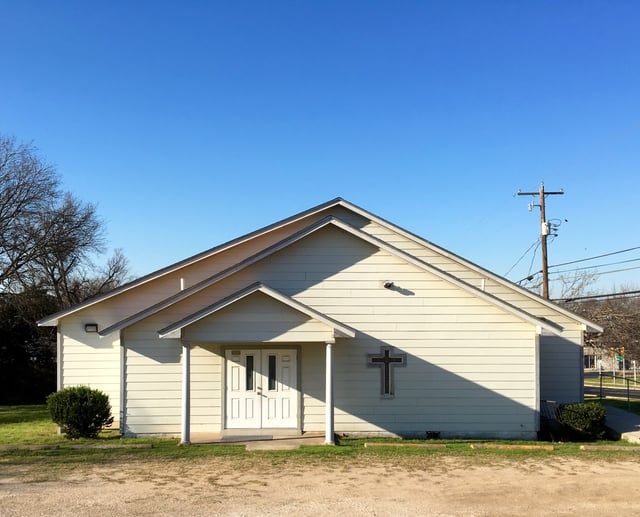 Sometime around seven or eight years ago, New Bethel went through a major transformation. This little wooden church was actually two renovated barracks structures set side by side. Carpenters worked diligently and for several weeks it was unclear what they were doing. New rafters over the entire structure soon revealed the program. A new roof unified the two structures, from the outside creating a single pitch roof. The entry vestibule was expanded as well. As I recall, the only original form is the covered entry over the front door. 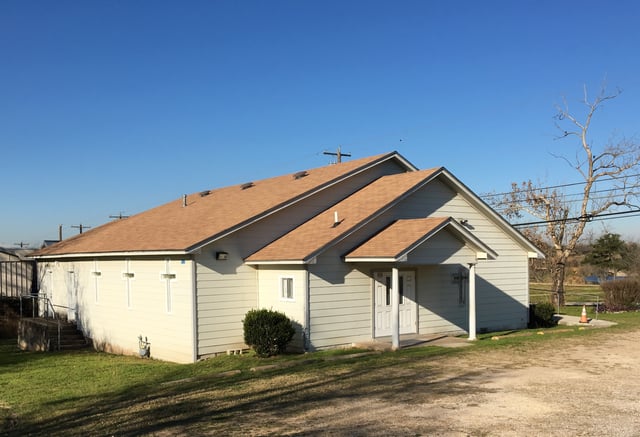 One other interesting detail is the use of glass block to create windows in the shape of a cross. These were framed when the new siding was added. One is on the front elevation and three are along the south elevation. Interestingly, the windows facing the busy Manor Road remain the original double-hung. 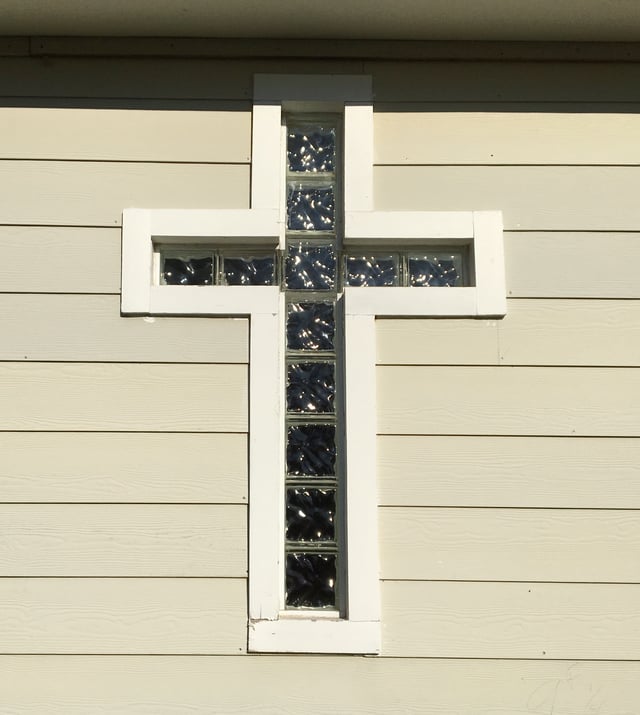