The West Fertilizer Plant Explosion three years ago is now relegated to old memory by most of the general public. On April 17, 2013, a fire at a fertilizer storage facility ignited stocks of fertilizer-grade ammonium nitrate. The explosion produced a massive force equal to as much as 10 tons of TNT. The blast killed fifteen and injured over 160. The plant was obliterated and nearby residences, a school, and a nursing home suffered major damage. My travels brought me near the town of West earlier this week, so I was curious to see what the town had done to mark this tragic event.

The most obvious sign of the destruction is the large amount of rebuilding in the past three years. There’s a new school, new houses, and a new park and playground nearby. The site of the old plant is still empty. The fertilizer plant property is cleared but there’s still some rubble remaining. A large white cross has been erected across the small street.   Someone has draped a purple cloth over the cross and had left some personal mementos looped around the center. As I approached the installation, I noticed personal messages had been written on the cross from grieving friends and relations. 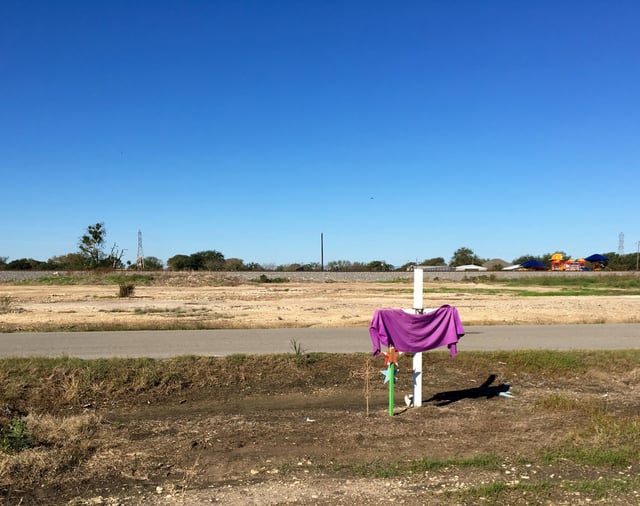 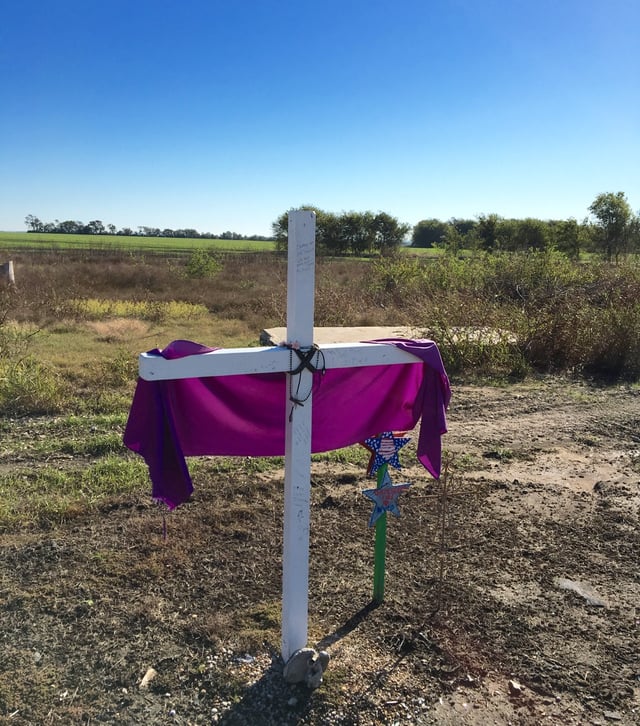 I looked around the new park and playground noting the many references to the first responders who lost their lives in the explosion. I assumed there would be some plaque or memorial text explaining the tragedy or at least naming the individuals who were lost. I couldn’t find any text or any plaque anywhere. For this small community of less than 3,000, a text may not be so important right now. I assume the community knows all about the event and no one needs to have it described to them. 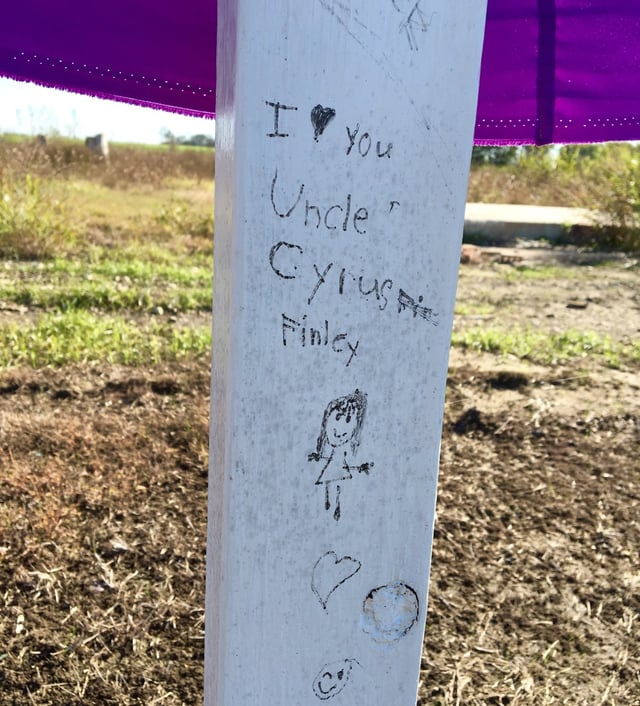 It will be interesting to see what happens here in the years to come. The new school and the festive playground and park speak volumes of the town’s optimism. Several acknowledgements at the playground note the contribution of outside groups in support of the town. What comes next or what happens at the site of the old plant may also reflect that optimism, but will no doubt need to also address the grief and sadness for those who were lost or injured. In the meantime, a solemn cross will continue its vigil across the street.  Here's a video from the US Chemical Safety Board, an idependent federal agency explaining what happeded at the West plant.