Sometimes spontaneous memorials become fixtures. I drove by this assemblage in North Austin recently. This looked like a suddenly sacred memorial at the site of an accident, so I pulled into a nearby parking lot to check it out. 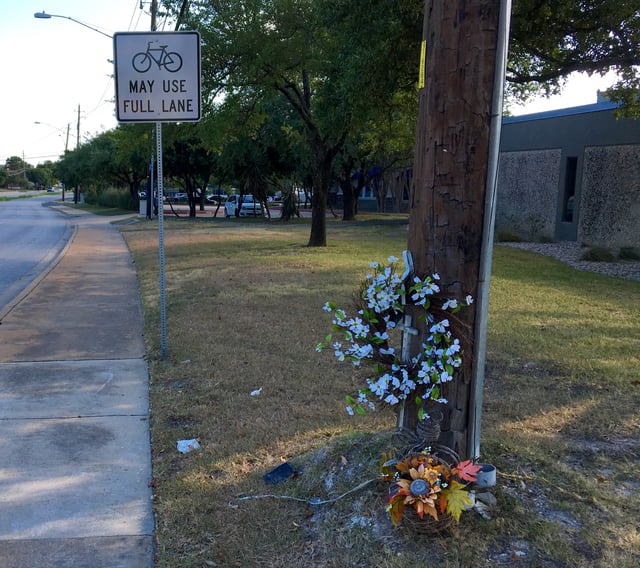 The lacey flowers on the wreath cover up not one, but two crosses on the electrical pole. A bunch of silk flowers below are pretty faded, but someone clearly has been tending to this memorial. The date and short text on the bigger of the two crosses gave me enough to work with. “An Angel Went to Heaven, 10 - 28 - 10” has been professionally carved out of the wooden arms. 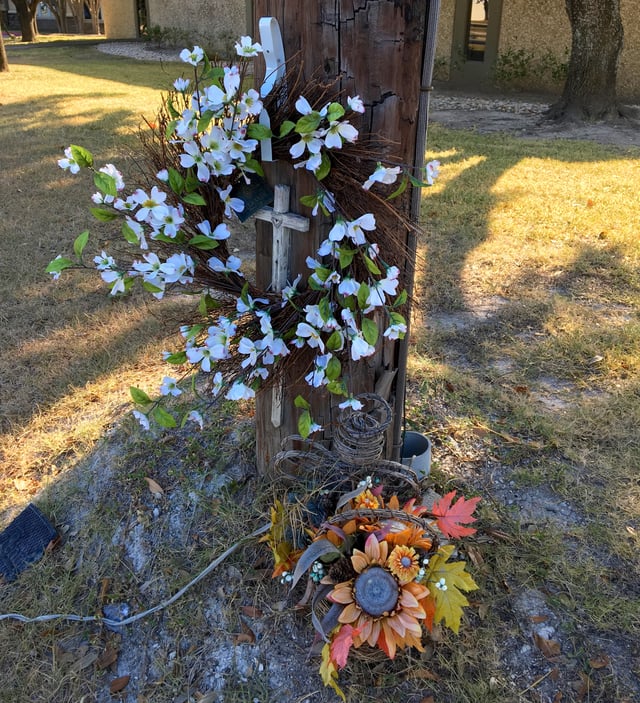 It did take some time, but I finally discovered a report of the event. The St. Edward’s student publication, Hilltop Views has the story. Motorcyclist Peter Pham, a St. Edward’s senior, collided with a flatbed truck. He was wearing a helmet and friends say he was an experienced and safe rider. Pham was rushed to Brackenridge but later died from his injuries. 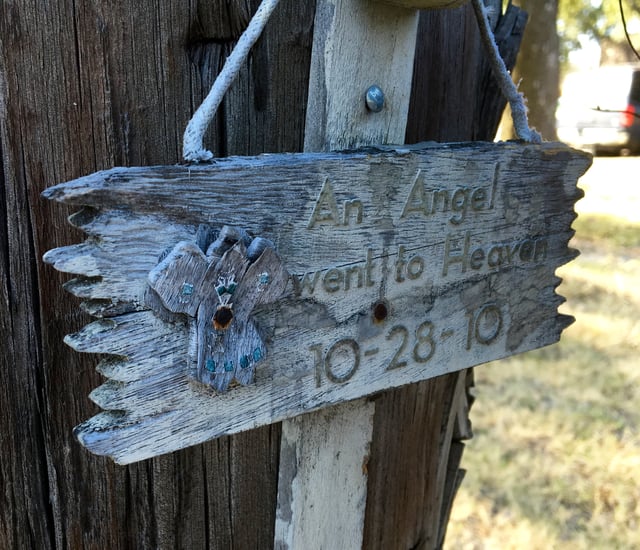 Peter Pham was an international relations major, but he was planning to go to medical school to become a paramedic or an emergency room doctor. He had many close friends and they shared their shock and sadness with the student reporter as they reminisced about their departed classmate. He was proud of his Vietnamese heritage and shared his experiences as he made friends with many foreign students. "I always told him he was special, and he was special," said one friend.

Those friends, and maybe his family continue to remember their departed loved one by making this location a sacred shrine.

Peter Pham Memorial is located at the 10800 block of Metric Boulevard, near the intersection with Kramer Lane, Austin, Texas