This year is the centennial of the National Park Service. So we’ve been doing some research in preparing lesson plans for my wife’s fourth graders. I was surprised to discover that among the National Park Service properties is the oldest Jewish synagogue in the United States. The Touro Synagogue is located in historic Newport, Rhode Island. The site is recognized, in part, for a particularly poignant visit by George Washington during his second year as President of the newly formed United States of America. 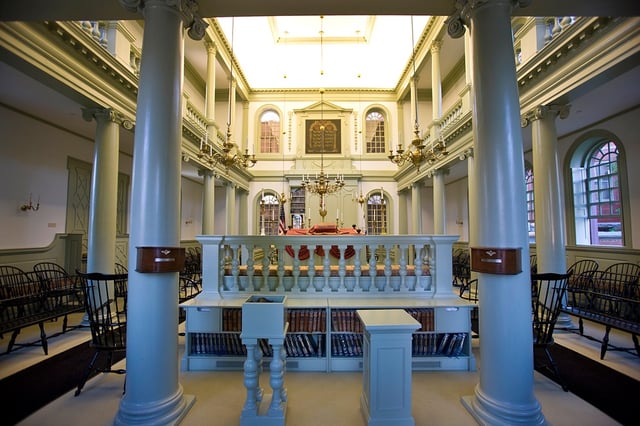 The synagogue was a well-established institution at the time. The congregation traced its origin to Jewish settlers who came to the Rhode Island colony in the 1600’s seeking religious freedom. The site was purchased by the community in 1677. The formal worship space was dedicated in 1763. The Palladian design was the creation of self-trained architect, Peter Harrison, who had already completed the distinctive King’s Chapel in Boston. 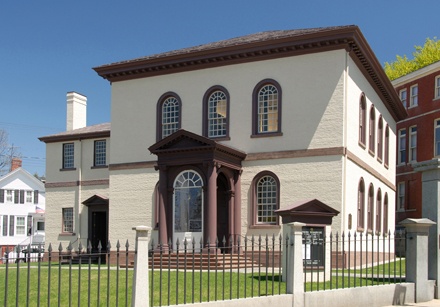 Washington’s letter in August of 1790 began as gesture of appreciation for the warm reception he received from leaders of all faiths who assembled to meet him at the synagogue. Though Washington made a point to write to a number of congregations, his letter to the Newport community is significant in that he goes on to expressly note that freedom of religion is more than merely tolerating differences. He expands on the idea of religious liberty as a basic freedom, to be enjoyed by all. “For happily the Government of the United States gives to bigotry no sanction, to persecution no assistance, requires only that they who live under its protection should demean themselves as good citizens, in giving it on all occasions their effectual support.” 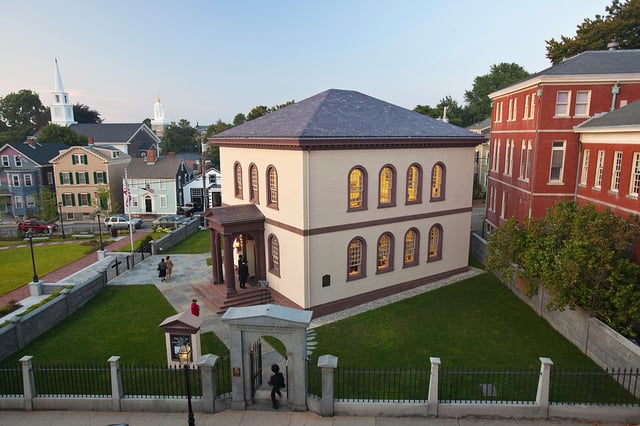 The synagogue was designated a National Historic Site in 1946. The property is named for the Tuoro family, early benefactors whose philanthropy in the 1800’s ensured the preservation of the historic building. Congregation Jeshuat Israel continues to actively use the facility for worship services and special gatherings. The site is also open to the public. The John L. Loeb Jr. Visitors Center is located adjacent to the synagogue and is dedicated to educating visitors on the significance of religious liberty in America.  They have a remarkable video introducing the facilty and historic site which can't be embedded on this site, but is available here.