Since the start of this blog in 2008, I have chronicled a number of spontaneous memorials. I began to use the term “Suddenly Sacred” to describe what I saw as a growing phenomenon of handmade shrines marking places in response to tragedy. This isn’t completely new, there have been many traditions in other times and cultures that provided demarcation of special places. But our global culture, I believe, has grown past the ability of experts to create meaningful spaces and symbols that can be embraced by a diversity of people in response to traumatic events. So people literally take matters into their own hands and follow the urge to create. 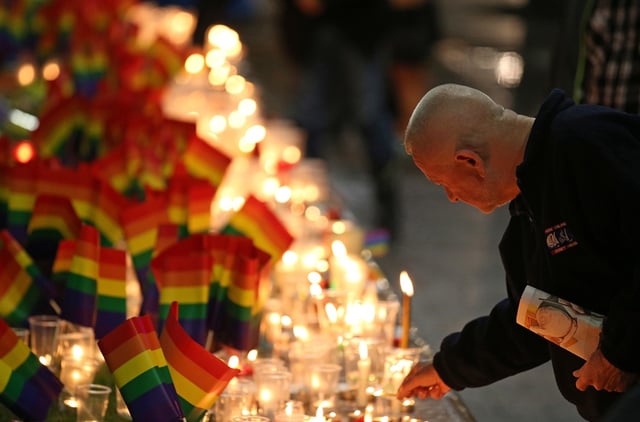 The horrific carnage in the aftermath of the mass shooting in Orlando struck a chord with people of all faiths, all politics, all over the world. Memorial shrines and memorial services came together in cities as far away and diverse as Sydney, Berlin, and Hong Kong. 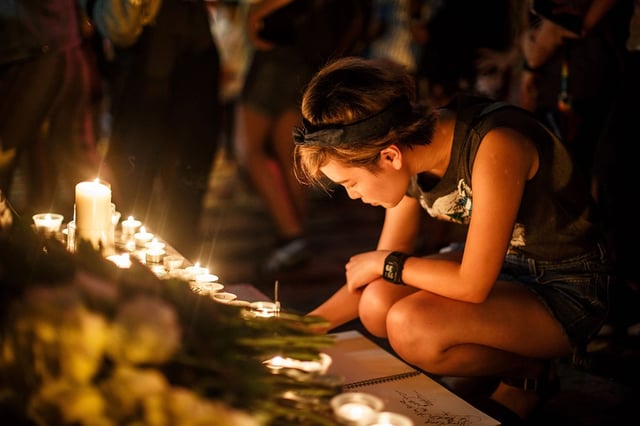 In Boulder, residents spontaneously began a chalk tribute to the victims. Several visitors began writing tributes on the bricks of a downtown pedestrian mall. Unbidden, people began to write the names and age of each victim at the turned up edges of the planters. 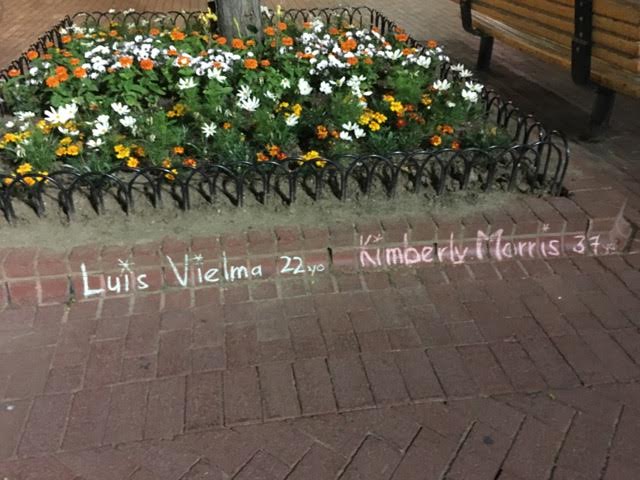 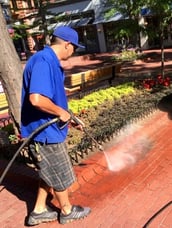 Not everyone understands or appreciates the suddenly sacred. Boulder’s Park’s and Recreation Department learned the hard way about the power of these places. Concerned that people were defacing the mall with graffiti, supervisors sent crews out with power washers to scrub off the tributes. The outcry was so swift and so loud that they returned in the afternoon and put up chalkboards all around the mall in an attempt to placate the howling critics. From the media reports and the comments it looks like the department will have to do more to make up for a major faux pas.