Our Lady of Launderette in East Austin

For many years a folk art mural of Our Lady of Guadalupe graced the wall of an old laundromat in East Austin. That laundromat is gone - the structure was gutted a couple of years ago. Upgraded and renovated, the property is now home to a trendy restaurant. The name, Launderette, pays homage to its humble predecessor, but otherwise there’s not much connection between the old and the new. But the same mural is still there, or more correctly, almost the same mural. 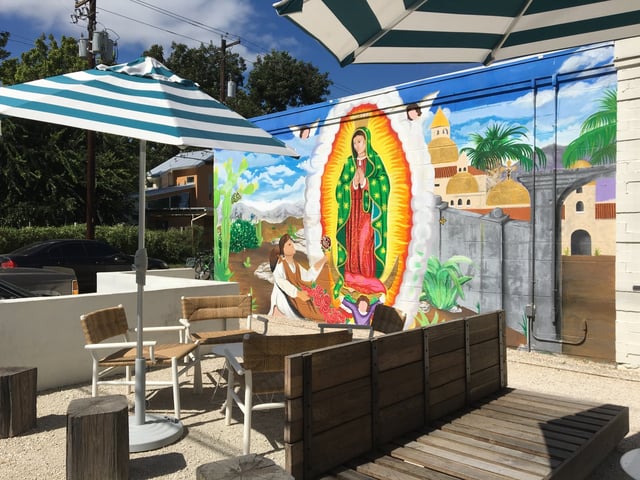 When a local blogger, Elizabeth Walsh noted the beginning of construction, she immediately worried over the fate of the mural. A construction worker called out to her, “don’t worry – she’s staying.  This wall, and the mural, will stay.” What he didn’t know was the mural would stay, but be completely repainted. Though the main focus is still the central image of Our Lady of Guadalupe, all the surroundings have been changed. The old mural wove in images of the modern cityscape in the background. The artist even slipped in the twin towers with an airplane about to impact. The figures of the Blessed Mother and Juan Diego were diagrammatic and primitive. 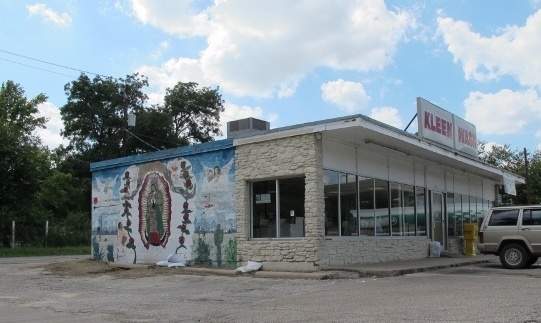 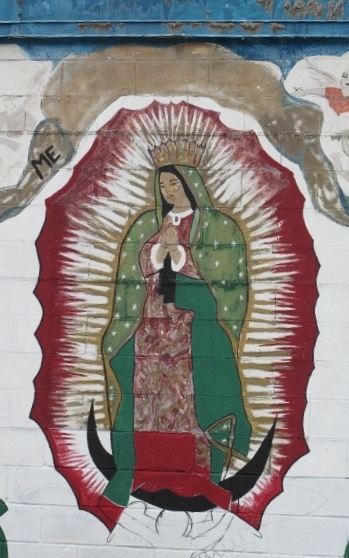 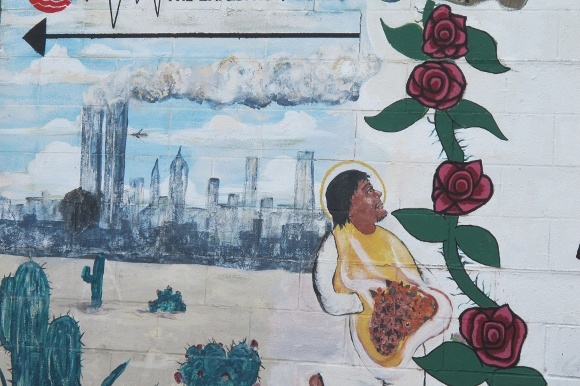 Photos of the KLEEN Laundry and mural are from BARBARA FALCONER NEWHALL's blog.

Repainted with a vibrant color pallet, the new mural is a different piece of artwork. The figures are more expertly rendered with expressions and hand gestures demonstrating the techniques of an experienced artist. But the biggest and perhaps saddest change is the new landscape. The setting is changed completely. The modern cityscape is replaced on the right with oversized images of a colonial town. And on the right, the twin towers are now the distant hills of the Sonoran dessert. So for all its refinements, the new mural isn’t nearly as powerful. It’s become a piece of nostalgia, a gesture to the past, like the restaurant’s name, but having very little to do with the community that was there before. 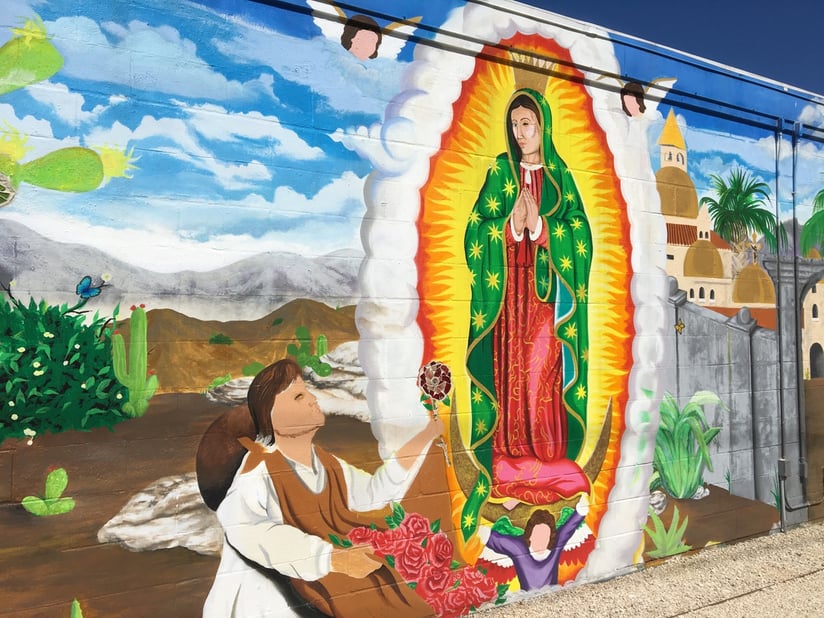