Our Lady Star of the Sea, Little Cranberry, Maine

There are two churches on Little Cranberry Island off the coast of Maine. Decades after the Islesford Congregational Church was built, a stalwart community of Catholics built a permanent church home. In 1941, a major donor provided land near the site of the recently demolished Islesford Hotel. Another patron provided most of the funds for the structure. 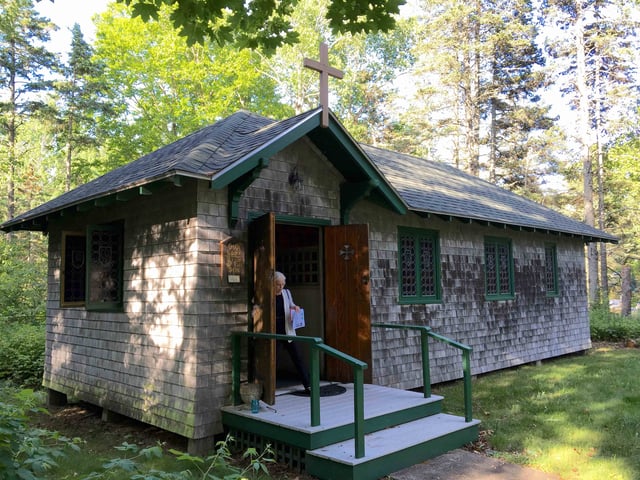 Much smaller than the Congregational Church nearby, Our Lady Star of the Sea also is constructed with and exposed structure interior. The church seats perhaps 50-60 maximum. We attended mass today with a hearty group of about two dozen worshippers. The priest serves several island churches so the start of the worship is timed to allow for the priest’s arrival on the mailboat. 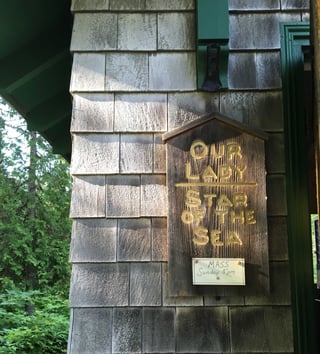 Though the structure is considerably more modest, it still illustrates interesting construction techniques. Like its sister church, the wood used appears to be dimensional lumber, that is the 2 x 4 studs are actually 2 inches by 4 inches. Instead of the conventional headers over the windows and doors, the framers used 4 x 4 posts on either side of the opening. In essence, the plate and the board above the window are joined by short studs that function as a beam to carry any additional loads. 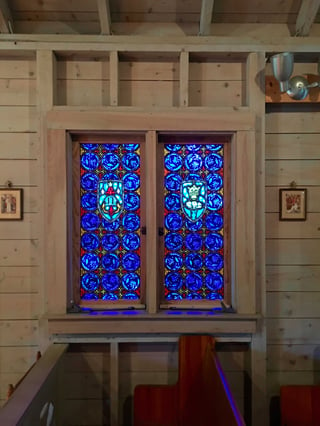 The sanctuary area around the altar is a nice illustration of the basics for liturgical worship. The table has a simple altar cloth, a podium to the side serves as a pulpit, and someone donated a nice porch chair for the priest. A simple statue of Mary is in one corner behind the altar, the tabernacle for Eucharistic reservation is in the other corner. I didn’t see any baptismal fonts, but I think I recall a parishioner telling on a previous visit that they need to baptize, it takes place in the ocean. 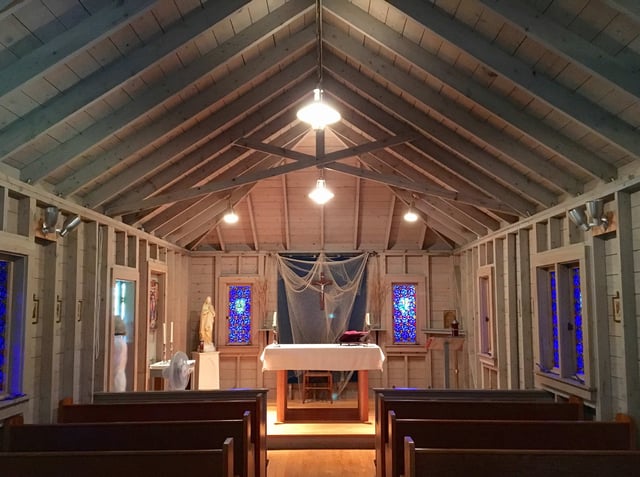