I’m the first to admit I’ve overlooked the quality of the Hyde Park Christian Church design. Perhaps it’s because it reflects a dubious church trend of using a covered drop off for the front façade. The church is placed on a noticeable slope, with a large, barren parking lot separating it from busy 45th Street. At first glance, the entryway gives the composition the feeling of a garage or loading dock.   And with almost no landscaping in the front, the effect is quite out of character with Hyde Park’s tree-lined avenues. 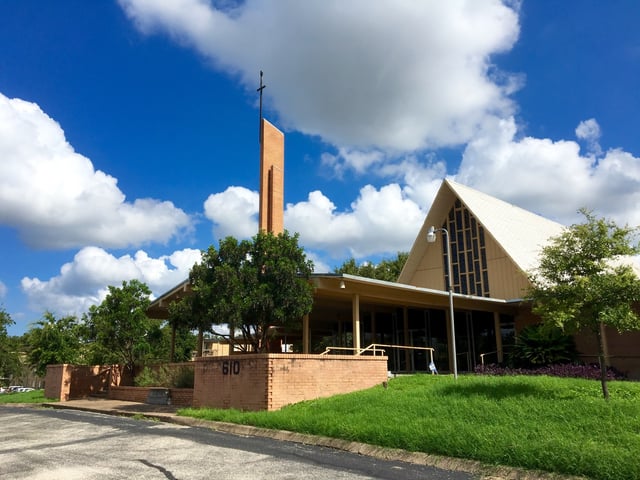 I lived in the neighborhood for more than twenty years but it was just recently that I finally approached the building for a closer look. The front façade and the approaching drive from the side is quite distinctive, compared to the off-putting image from the street. Under the canopy, the barrenness is gone and the feeling is quite welcoming. The scale relates more to people than cars. The narrow structural columns line up in a close rhythm supporting the exposed beams and decking of a low ceiling. The entry foyer is formed with glass curtain wall windows, blurring the line between outdoors and inside. 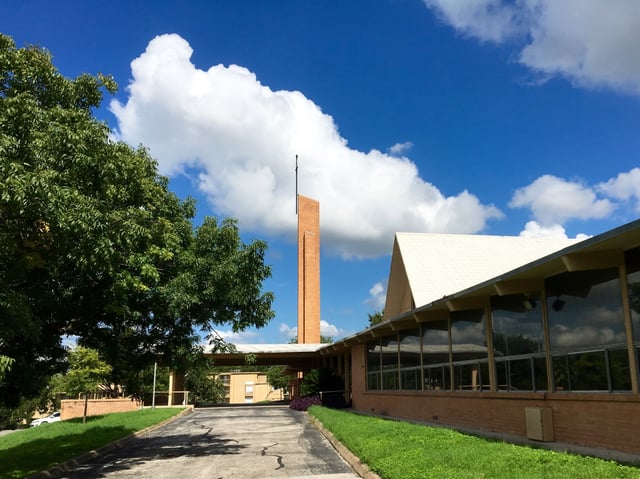 I did some follow-up searching on-line and found some nice images on the Church’s Yelp page. The steep slope of the sanctuary roof is framed with glue-laminated arches, a relatively new material at the time, but very popular for giving the traditional nave a modern appearance. A large art glass composition is a focal point above the entry door. 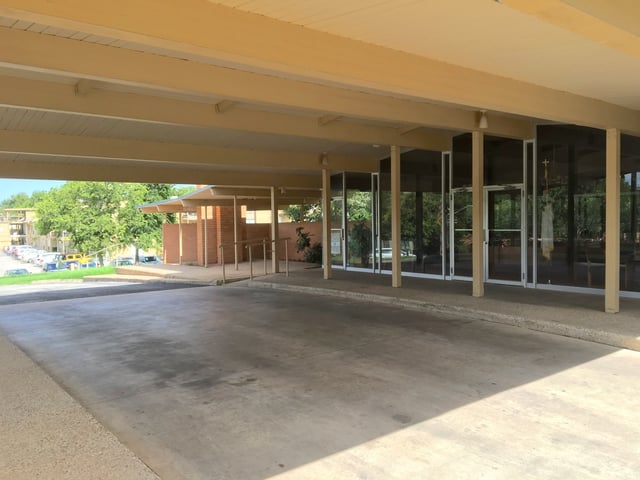 The most distinctive feature is certainly the elegant tower. Three narrow slabs of masonry rise to what seems an impossible height. The center slab projects slightly taller and has a small cross mounted at the top. The contrast of this striking vertical form against the broad, horizontal façade is quite dramatic.

I looked, but wasn’t able to find a cornerstone that might give the name of the architects and a date for the church’s dedication. Once again, on-line information filled in the gaps. The building was designed by the Austin firm, Barnes Landes Goodman Youngblood, now known as BLGY. The Austin History Center lists documents in their archives that include drawings for Hyde Park Christian Church. The firm was founded in 1958. I’d estimate from the look of the church, that this was completed in the early 1960’s, so it must have been an early project. Though this may have been designed by a young firm, on close examination, this design shows great sophistication and should be recognized as a mid century landmark. 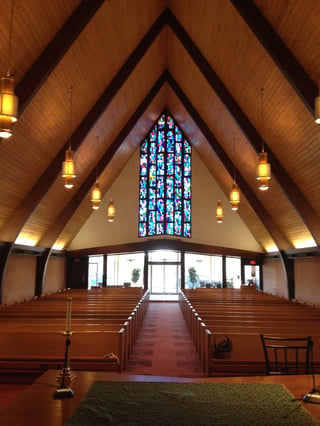