Peloton of Ghost Bikes in Kalamazoo

First there were crosses. In response to a horrific incident the markings came quickly. An erratic driver swerved into a group of cyclists near Cooper Township near Kalamazoo County, Michigan, killing five and seriously injuring four. The next day, white ghost bikes were added to each cross. Pen markings note the names of the cyclists and the date, June 7, 2016 of the tragedy. 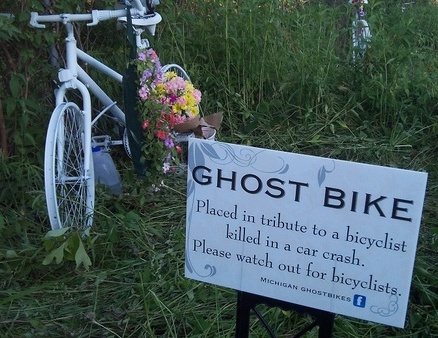 A parade of cyclists rode out to visit the shrine, yesterday. A peloton of cyclists made a silent pilgrimage to the site. The destination was the peloton of ghost bikes. A new Facebook page is networking information and memorials, along with ways to make donations for the survivors and family members. 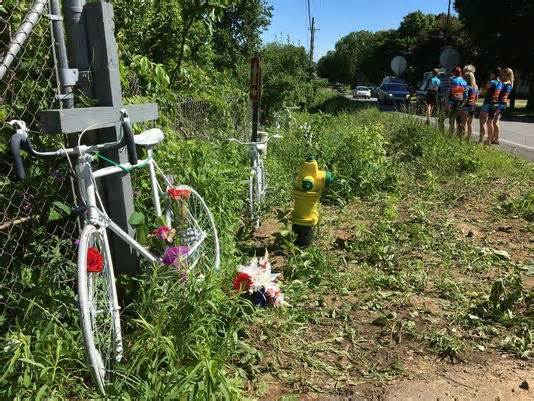 I did notice the bikes were strapped to the crosses with bungee chords. What else would you expect for a ghost peloton tribute? 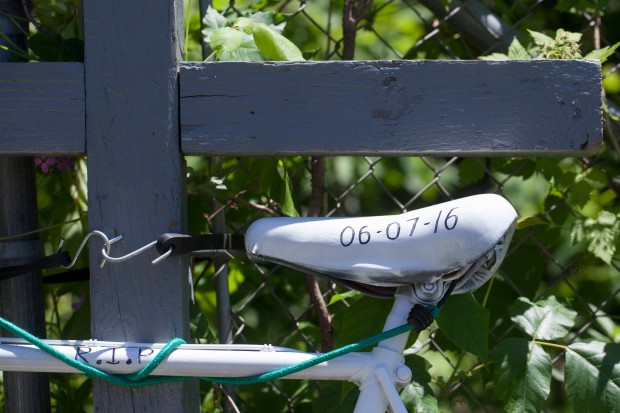