In Filipino mythology, numerous spirits and domestic deities inhabited the landscape. Anito refers generally to a diversity of ancient faiths throughout the many islands. Anito is also a term for the folk art figures and statues made to embody these entities. 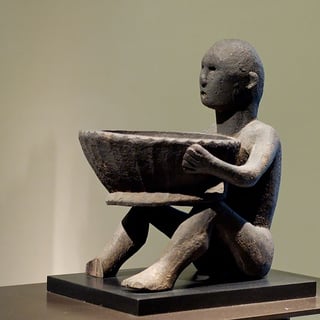 These figures were frequently carved of wood by priestly artisans. Used in sacred rituals, the anito embodied the spirit often of ancestors and deceased elders. In some parts of the Philippines, a ritual meal, known as atang is offered to the spirits. The tradition continues to this day with meals frequently including rice or rice cake. These rituals were common for daily routines, or may have been reserved for special events such as a harvest offering or the start of new business or the blessing of a new house. 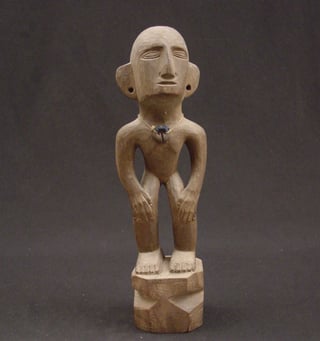 Unfortunately, there are only a handful of web sources with information about these ancient folk traditions. Many rituals or mythologies were adapted to Catholicism during centuries of Spanish colonial rule. And since the post-war era, these ancient anito figures have become prized by art collectors. 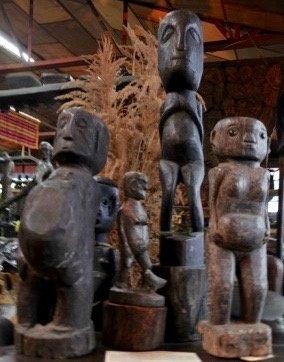 These pregnant figures have been collected and reside at the Museum of Cordilleran Sculpture.

At least one local institution, the Museum of Cordilleran Sculpture, offers a home for otherwise displaced figures. Its mission is to preserve folk art and a keep record of ancient spiritual traditions of the northern islands.