A cold front finally made its way to Austin this morning. We’ve been unseasonably warm so the promise of winter finally arriving has been greatly anticipated. The cold front brought several hours of steady rain, which we also welcomed. When I went to the front porch this afternoon, the rain had stopped and I was greeted by the sweeping arc of a rainbow. My photos only suggest the beauty and drama as I watched the colors grow brighter and eventually reveal a double rainbow. It occurred to me while I was watching that it would be worth exploring spiritual and mythological associations with this celestial phenomenon. 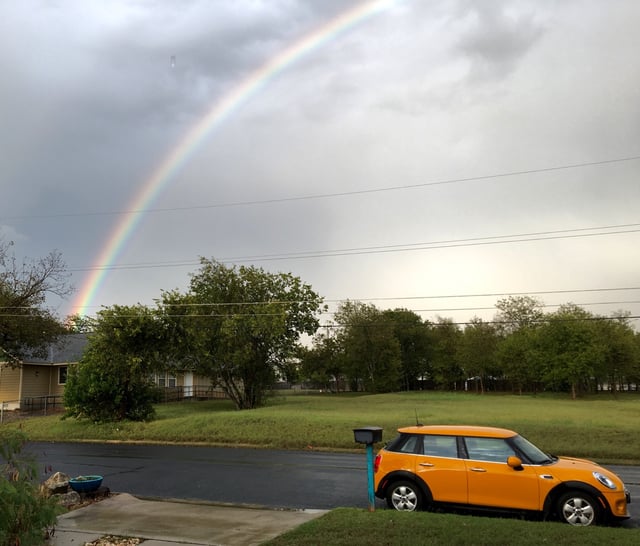 I immediately thought of the Irish leprechaun and his pot of gold. This little bearded man is a type of fairy who enjoys making mischief. His pot of gold is kept at the end of the rainbow for safekeeping. According to a Wikipedia referenceon this topic, the leprechaun is relatively new in Irish folklore, but that many regions describe him with different appearances and different characteristics. Most agree that if caught, the leprechaun will grant a human three wishes. 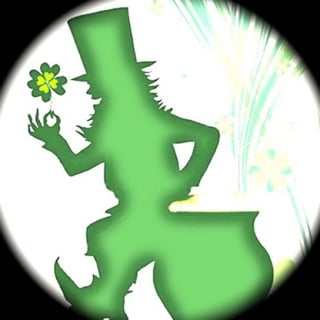 There's a long list of folklore and symbolism on a number of reference sites.  The Bible includes a reference to the rainbow in the time of Noah. According to Genesis, after the Great Flood, God gave the survivors the rainbow as a sign that the Earth would be safe and that God would never send another flood.

Many myths promote the idea of the rainbow as a bridge between the terrestrial world and the heavenly world of the gods. In Norse tradition, the rainbow is used by gods to visit the earth and by virtuous humans and warriors to ascend to heaven at the time of their deaths. In ancient Japan, the rainbow was a bridge that brought ancestors back to the world of the living. In Greek mythology, the messenger goddess Iris uses the rainbow to carry messages to earth. 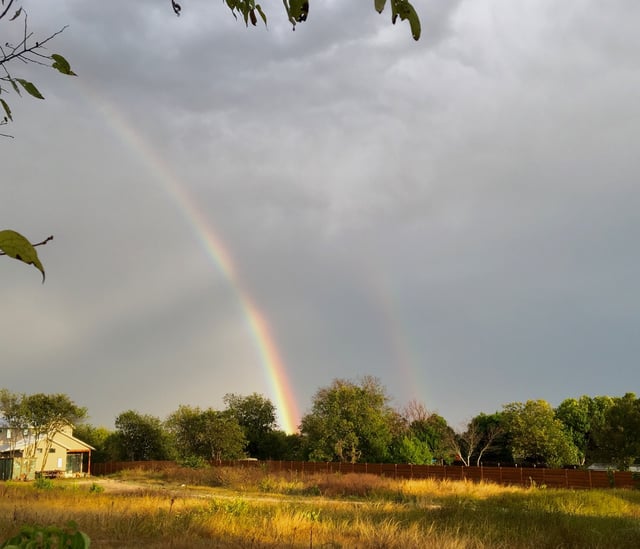 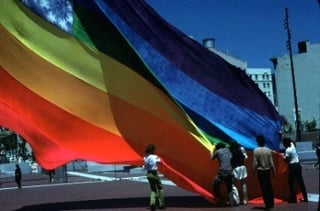 On a side note, it is interesting to discover that the rainbow’s association with the LGBT movement is fairly recent. The Washington Postreports that he first instance of a rainbow flag comes from San Francisco in 1978. Harvey Milk, only months before he was killed, had requested a large visual for a rally. An associate of his, Gilbert Baker, along with a number of friends, created a massive rainbow flag for the event. Gradually, this array of colors, symbolizing diversity, and universality came to represent the movement for LGBT rights.