A remarkable wing in the San Antonio Museum of Art is devoted to the art and arts of the Spanish Colonial era in Latin America. The exhibits are part of the Nelson A. Rockefeller Center for Latin American Art, which contains one of the most comprehensive collections in the United States. Considering the significance of the Church in the colonial society, much of the collection references faith or religious themes. 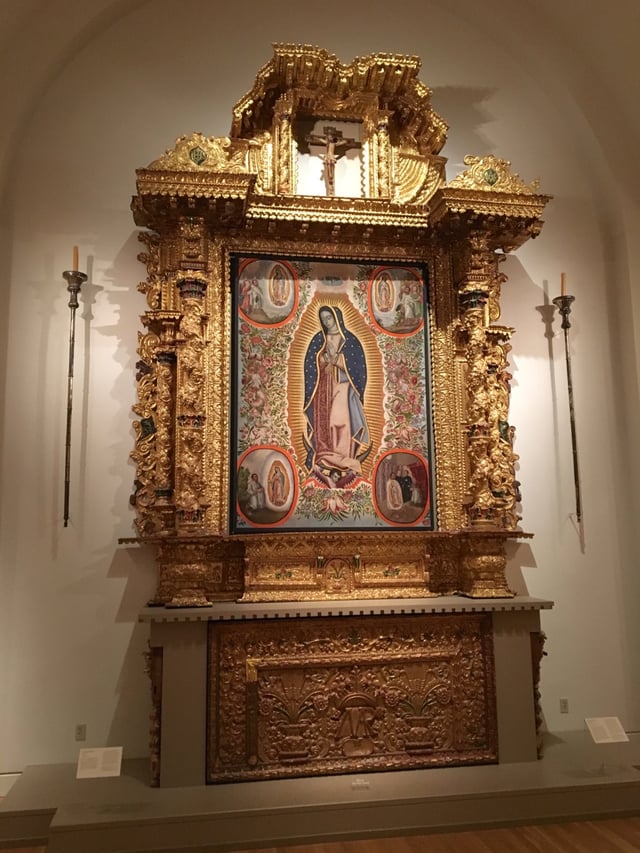 Featured prominently in the collection is an 18th century retablo from Bolivia. The church or chapel where this altar screen was originally placed is not noted, but it has become part of a private collection and is now on loan for this exhibit. The retablo, as mentioned by the museum’s gallery notes, was introduced to the Americas through the Spanish and Portuguese beginning in the 16th Century. Local craftsmen and artists embraced this baroque form as the focal point of the traditional worship space. The retablo became highly stylized with rich ornamentation, bright colors, gilded surfaces, and massive size and scale. Paintings or statues of saints, Jesus, and Mary were regular features. These were just as likely to be commissioned by trained artists as local folk artisans. 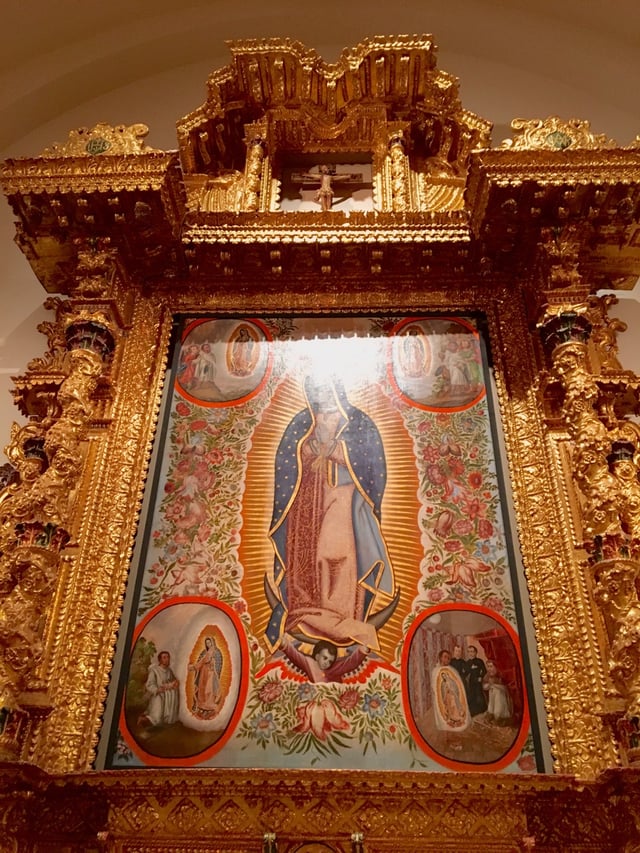 This particular example is relatively small, suggesting it was created for an intimate space or small chapel. The center panel is not the original. It is possible a large painting could have been included, or perhaps additional panels or sections may have been the central feature. The painting of Our Lady of Guadalupe does fit the composition, though this painting comes from Mexico. A symbol of the Virgin’s monogram is carved on the retablos’ frontispiece, so the association is appropriate. The carved bundles of wheat and clusters of grapes are overly symbolic of the Eucharist. 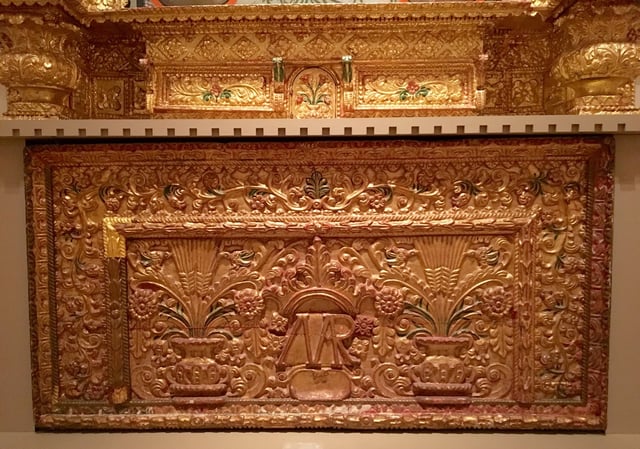 I believe it is significant and appropriate to include many worship or faith related pieces in this exhibit. But this retablo is placed very particularly, suggesting a sanctuary or chancel area. With the dimmed lighting and strong focus on this piece, a visitor can imagine this was an altar, ready for a prayer or liturgy. But take a few steps back, and the room is undeniably a museum, a place to admire the artifacts, but, sadly, not to really engage with them.