Ritual Purification for the Hajj

The Hajj officially ended this past Wednesday, September 14. The final act of what may easily have been 1 million pilgrims was to circumambulate the sacred Ka’aba. The black cube structure marks the location of Abraham’s first temple. The Ka’aba is in the center of the Grand Mosque of Mecca, or as the devout would spell the name of the holy city, Makkah. 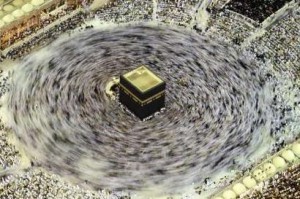 A few years ago, when we began master planning for our first Islamic Center, I began to appreciate the importance of the ritual cleansing that’s required before engaging in sacred worship. There are many traditions and instructions in the Muslim faith, but generally, a devout Muslim will wash his or her feet, arms, and face prior to entering a Mosque or engaging in sacred worship. Special ablution areas are placed outside or in the forecourt of mosques to accommodate this ritual cleansing. Our master plan diagrammed one such space.

So it occurred to me that there must be a similar ablutions space for the massive number of pilgrims participating in the Hajj each year. According to at least one scholarly website, purification isn't needed for the majority of Hajj rituals as the pilgrim is already considered to be in a state of purity. 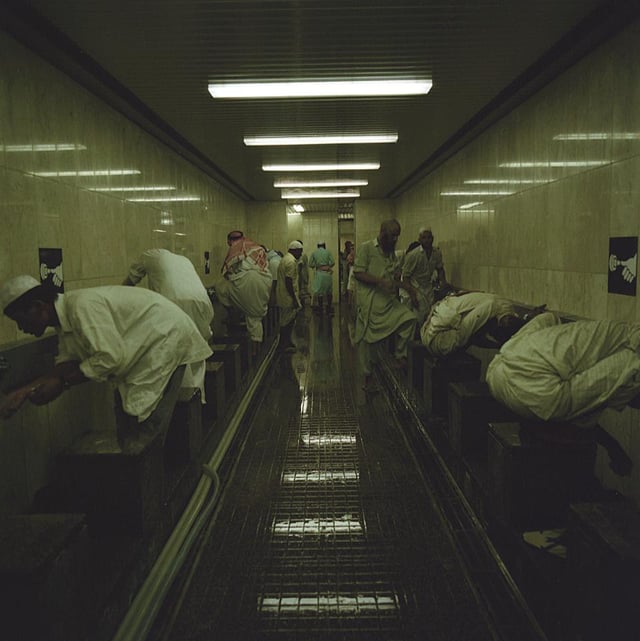 However, performing ablutions is required before entering the Grand Mosque. So from what I can tell, the beginning and the end of each pilgrim’s Hajj journey will consist of performing a ritual cleansing, also called wudu’. And yes, there are spaces for the wudu’ ritual. In an underground facility, outside of the Grand Mosque, pilgrims may cleanse themselves before entering. It may be a small detail, but imagine a million or more people making use of these facilities and you can appreciate the significance of this incredible event.