In the past few weeks, I’ve noticed an expansion of this suddenly sacred memorial. Perhaps in preparation for the Dios de los Muertos, or Day of the Dead, the installation has begun to look like a devotional altar or ofrenda in recognition of a departed loved-one. I blogged recently about this tradition and the folk art associated with the it.  Today, I took a closer look at this outdoor art and learned the name and the tragedy behind the memorial. 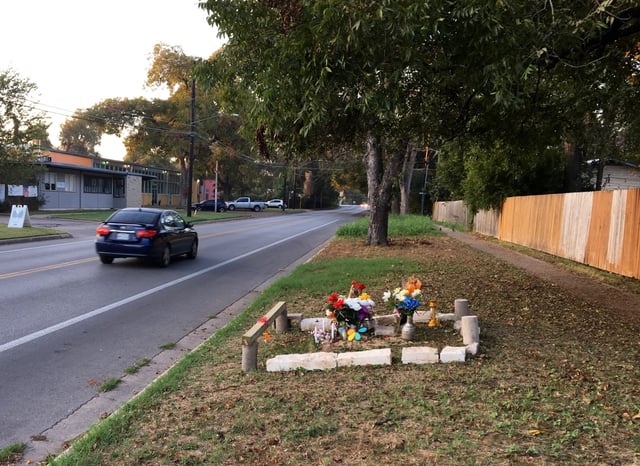 In the early morning of December 16, last year, a drunk driver sped down Tillery Street and slammed into a series of telephone poles. The driver suffered minor injuries, but his passenger, 21 year-old Raquel Marie Escalante was thrown from the car and killed.   Raquel was the mother of two children, ages 2 and 4. 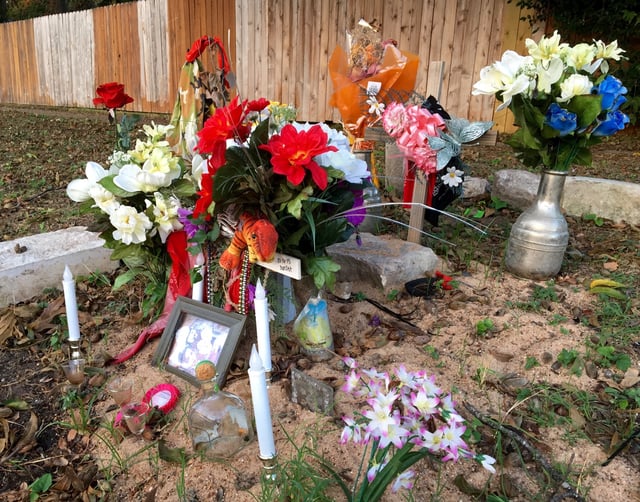 The tradition of Dios de los Muertos is to celebrate the life of the departed. Objects are set out that were important to the person or have some association with them. A profusion of flowers, a child’s dinosaur, a necklace of beads, and even a kerosene lantern are all arranged here. As with tradition, an image of the deceased is also a feature. 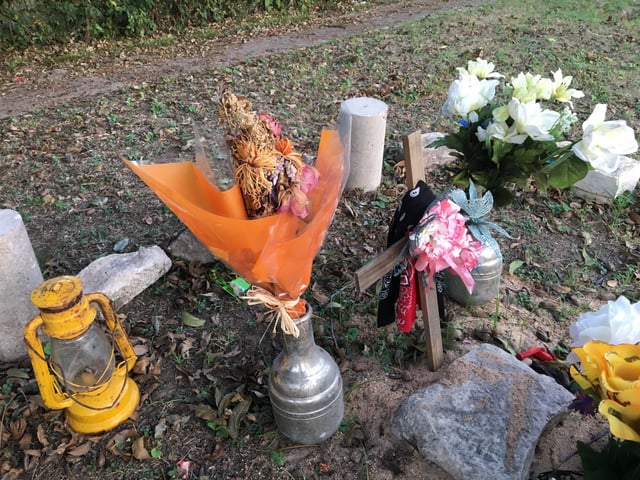 The memorial is near the intersection of Tillery and Castro St. and one can assume it’s the site of the accident. KXAN reported the location near Tillery and Lyons street, though that is actually a bit north of the memorial. 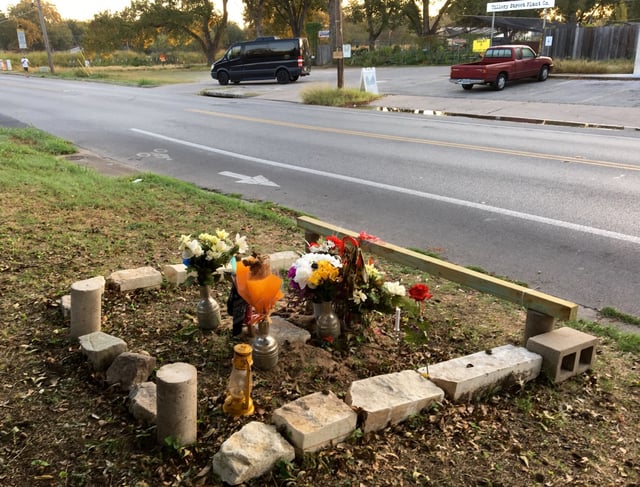 Raquel Marie Escalante memorial is located south of the intersection of Tillery and Castro Streets in East Austin.