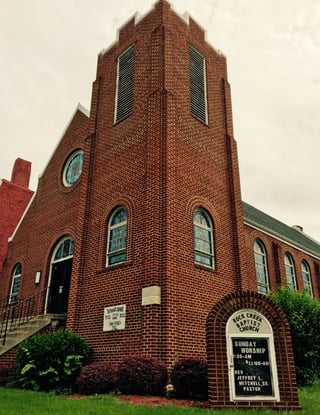 I noticed Rock Creek Baptist Church driving through a neighborhood in Washington DC undergoing some transition. The tower is quite prominent at the corner of 8th and Upshur St. NW. The brick structure is typical of a 19th or early 20th Century neighborhood church. The end gable forms the main entry and there's that large corner tower. The side walls with arched windows suggest a single large sanctuary on the upper floor. The lower floor may serve for classrooms, offices, or a fellowship space.

The church has a Facebook page. However, the website link listed on Facebook isn’t active and it doesn’t look like the church has a current website. One interesting FB post from April 1 of this year is from a major event billed as the “After the Resurrection Celebration.” From the promotional material, it is reasonable to assume that the singers are members Howard Gospel Choir from Howard University. The soloist isn’t identified, but together, this recorded number shows what must have been an inspired event a Rock Creek Baptist Church.

Other than the gospel choir, I have only a few clues that tell me much about the church and its history.

The cornerstone notes a number of dates that aren’t readily explained by simply examining the building. The first plaque notes the church was organized Sep. 22, 1872. Below this is, “Remodeled July 10, 1910. But the second stone says, “Relocated 1944,” and “Rebuilt 1955.” This suggests the old church is long gone and the current structure dates from the end of WWII. 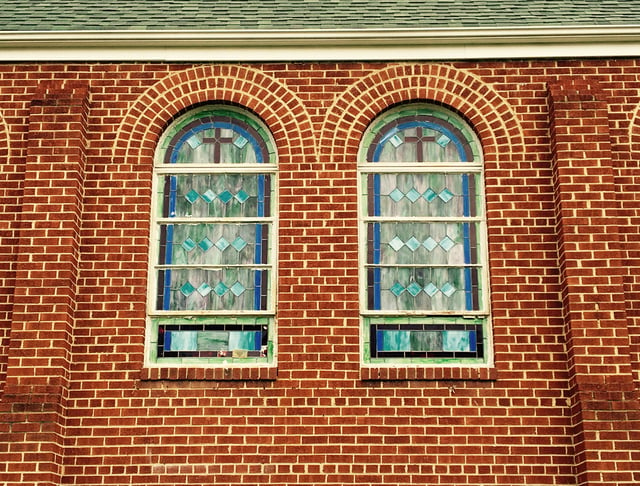 One detail, the formation of the arches around the windows, provides a clue. On the side, the openings for the arched windows are made with three bands of soldier coursing flush with the wall. On the front, the same windows and the main doorway are framed with similar bands, but the arches are projected slightly in front of the main wall plane. Also, the verticals jambs are formed with the same soldier coursing. The side masonry details would appear to be the more traditional way to create these openings, so it is likely the 1955 rebuilding included extensive work on the front façade. 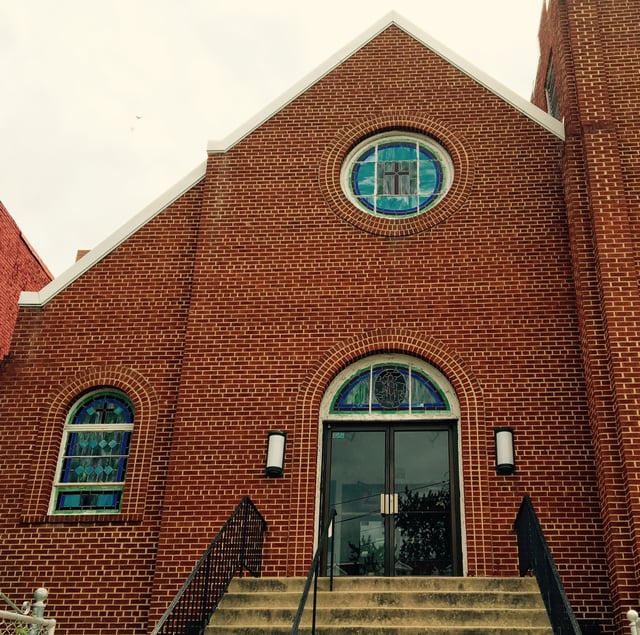 From the outside, Rock Creek is an older church in a changing neighborhood.  The exterior facade shows few signs of any changes, or transitions. On the inside, however, at least on one recent evening, this old church really rocked!